Walking a way led to a spray 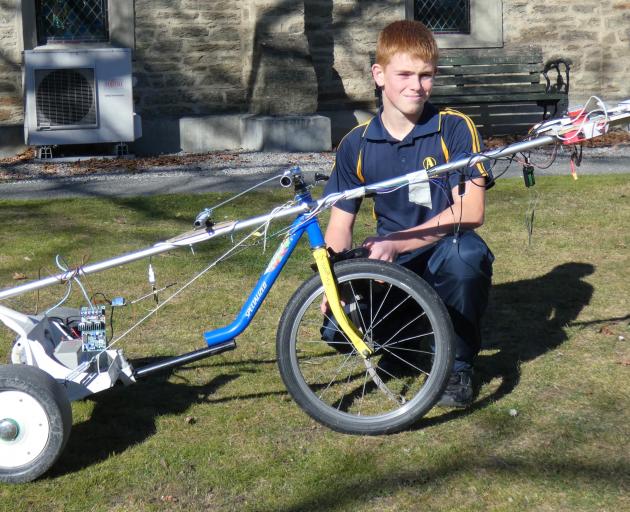 James Avenell (12), of Alexandra, has invented a way to make the chore of weeding easier with his weed spray robot. PHOTO: SIMON HENDERSON
Weeding could one day be much easier thanks to the inventive mind of Alexandra Primary School pupil James Avenell.

He has invented a weed spraying robot, which he entered in the Aurora Otago Science and Technology Fair taking place in Alexandra yesterday.

The problem James was working to resolve was inspired by the hours he and his father spent walking around their paddock removing weeds.

The robot would be able to move autonomously, identifying and spraying all the weeds, he said.

It was equipped with a GPS, a camera and an onboard computer and was able to connect to Wi-Fi.

The robot also had a motor and steering and, with a remote control, James was able to move it around a field.

It could take photos which were compared to a database of images of weeds, allowing it to decide whether to spray or not.

It was designed to distinguish between grass and weeds including lucerne and woolly mullein, he said.

The prototype robot did not have a weed spraying kit, but it could be triggered to spray using computer commands, he said.

"What it will do is it will activate a relay which will release spray through from a pressurised vessel."

James had been trialling the robot and said it was reasonably effective at identifying weeds.

"It has been working fine so far," James said.