By Grant Miller and Tracey Roxburgh
3 Comments
Hopes of an imminent return to Covid-19 Alert Level 1 in the South have been dashed after the Government revealed it was wary of easing up on precautions while Auckland remained in lockdown.

Prime Minister Jacinda Ardern said yesterday most of New Zealand should stay highly prepared to prevent the virus from spreading when Auckland was in Level 4 or Level 3. 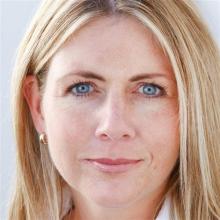 Level 1 was for an environment where there was no risk of community transmission of the disease, she said.

The Government is to decide on Monday whether Auckland can move out of Level 4 and if restrictions can be eased for the rest of New Zealand, which is in Level 2.

Ms Ardern signalled yesterday a limit on crowd numbers could be raised from 50 to 100 in a revised Level 2.

The Cabinet had decided the settings for Level 1 did not need to change, but it was designed for when Covid-19 was "outside our border wall, not in it".

There were 13 new cases confirmed yesterday of Covid-19 being transmitted in the community, all in Auckland.

The South Island has not had any community cases during the outbreak of the Delta variant, but authorities remain concerned about how easily the variant is transmitted.

Queenstown Chamber of Commerce chief executive Ruth Stokes said bringing back essentially a previous version of Level 2 and allowing a crowd limit of 100 would be "token" moves.

"The spacing requirements are the same, so if you’re a small venue you can’t jam more people in anyway and, for the larger venues, they’re struggling," Mrs Stokes said.

"The bigger question is, where’s the risk?"

The Government had been clear there was no widespread transmission in Auckland, she said.

"Even [old] Alert Level 2 is not going to be the big difference for our businesses - our largest customer bases still can’t travel and we still have a lot of businesses who can’t operate even in Level 2."

University of Canterbury Covid-19 modeller Prof Michael Plank said the moves signalled by the Government made sense, because the Auckland boundary was porous and risks remained of the disease cropping up in other parts of New Zealand.

Hospitality Association of New Zealand Otago president Mark Scully said raising the crowd limit to 100 would help larger operators, but a move to Level 1 would be more appreciated by the sector.

A reluctance to go to Level 1 indicated some nervousness from the Government about the robustness of its systems, he said.

Prof Plank said it was recognition no system was perfect.

One would think 18 months (as of next week) of no community cases south of the Waitaki would be enough of a 'safe' period to open everything up now without no restrictions.

So the academics are making it up as they go along.....

Well .... we may as well throw the towel in and open up the Auckland -Sydney travel bubble again.

I'm afraid there have been a few too many escapees from the "infected" ones ... can't be trusted or relied on, but I will admit they've done it hard and it's only some "educated idiots" that have almost stuffed it for everyone.