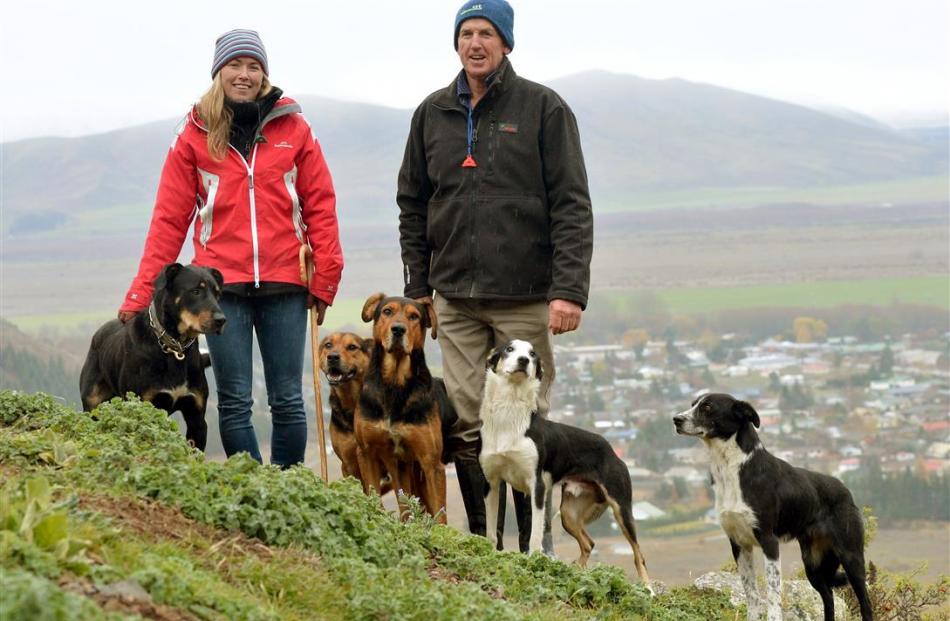 Technically, Roger and Steph Tweed are rivals on the huntaway courses at the South Island and New Zealand sheep dog trial championships at Omarama.

But Mr Tweed (55) could not be prouder of his daughter as she competes with her dog, Grit, the offspring of his own champion trial dog, Gemma.

"It's very special,'' the Waitahuna farmer said, referring to the fact both he and his daughter had qualified to compete at the championships.

Miss Tweed (24), now a shepherd on a station at Taihape, started dog-trialling when she was still at school.

Growing up, she always loved dogs and getting involved in trials was "just the next step'', she said.

Two-and-a-half-year-old Grit, which she described as a "once in a lifetime dog'', was named top dog in the Wanganui centre this season.

It was believed to be the first time a woman had won that title in what was a highly competitive area.

Mr Tweed has been dog trialling for about 35 years and has enjoyed considerable success with 6½-year-old Gemma.

"She's had a bit of luck but she can be a naughty wee girl. She's not always good,'' he said.

While Gemma had been his most successful dog in terms of wins, he believed her offspring could be even better.

Two of those - Grit and his own dog Cooper - are both competing at Omarama and he believed his daughter's dog was "as good as there is''.

Mr Tweed said he did not have the opportunity to do a lot of dog work on his 300ha farm, but his daughter worked on a large station and admitted to having "far too many'' dogs.

The New Zealand championships was the most prestigious event on the dog trialling calendar. While there could be plenty of disappointment, when either the dogs or the sheep did not work well, it was a "real thrill'' when things went right, Mr Tweed said.

The championships finish on Saturday.