A compromise has been reached allowing the Moeraki mataitai to be approved, albeit with different boundaries, 10 years after it was first proposed, but commercial paua divers still have concerns about its potential impact on the Otago paua fishery.

The mataitai (customary fishing reserve) covers three areas around the Moeraki Peninsula - Tapuiri, Turaka Waka and Katiki - and will come into effect on December 16, prohibiting commercial fishing in those areas and allowing customary food gathering with permission from the tangata tiaki/kaitiaki (Maori fishery guardians).

Minister of Fisheries and Aquaculture Phil Heatley has appointed Joseph Taurima and Trevor McGlinchey as tangata tiaki/kaitiaki for the mataitai for a five-year term.

Runanga o Moeraki chairman Patrick Tipa said the runanga believed the areas of the mataitai were well linked to places of cultural significance to Ngai Tahu and provided a basis for sustainable management for a number of species.

Mr McGlinchey said the mataitai did not cover all of the area the runanga initially sought.

Since the runanga first proposed a mataitai 10 years ago, it had worked hard to reach a compromise between local concerns, commercial fishers needing to fill their total allocated quota and the vision of the runanga to provide kai moana for future generations.

"We are happy with what has been achieved and look forward to working with our partners in the community and in the commercial fishing industry to achieve this vision."

Paua management group Pauamac5 chairman Storm Stanley said there was a concern the mataitai might affect the overall sustainability of the Otago paua fishery.

"The displaced commercial paua catch from the Moeraki mataitai will need to be absorbed by increased fishing pressure across the remaining Otago coastline."

It was the third mataitai approved in the Pauamac5 fishery management area in as many years, he said.

"Whilst the effect of the Moeraki mataitai itself might be OK, the paua industry is growing concerned about the cumulative effects of the mataitai approvals on the paua fishery."

Despite this, the group appreciated the effort the local runanga made to try to minimise its effects.

The industry was a bit disappointed at some of the final boundaries but was resigned to the judgement of the Fisheries and Aquaculture Minister, he said.

"We are now looking forward to moving on."

Mr McGlinchey said the runanga would be calling a meeting early in 2011 to bring together Moeraki locals and commercial fishers to discuss the establishment of a joint mataitai-management committee, he said.

The committee would investigate the health of the fisheries within the mataitai and, where appropriate, recommend bylaws for fisheries management on which people would be consulted.

Until the management committee had the opportunity to do this, normal recreational regulations applied. However, commercial fishing was prohibited within the mataitai.

Areas Covered:
• Tapuiri: From the old steel wharf at Moeraki around the headland, past the two kaika to Tawhiroko Point.
• Turaka Waka: A small area consisting of the beach and two rock spurs on the northern side of the Te Raka-a-Hineatea pa site at the eastern end of Katiki Point.
• Katiki: Starts about halfway along the southern side of Katiki Point and extends down to the mouth of Tarapuke Creek, about a-third of the way down Katiki beach.

What is a mataitai reserve?
• Recognises traditional Maori fishing grounds.
• Commercial fishing is prohibited.
• Does not prevent recreational fishing or access to reserves, beaches or rivers.
• Does not change existing arrangements for access to private land.
• Customary fishing must be authorised by the tangata tiaki/kaitiaki. 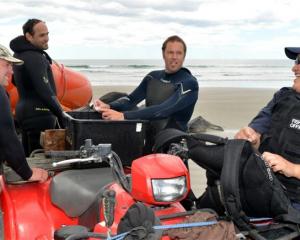 Fisheries message 'finally getting through' 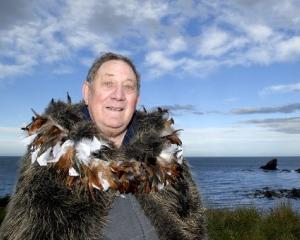 $5m fishing survey gets go ahead 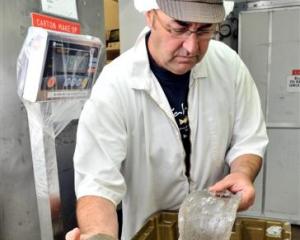