Bibliophiles out in force for Bookarama 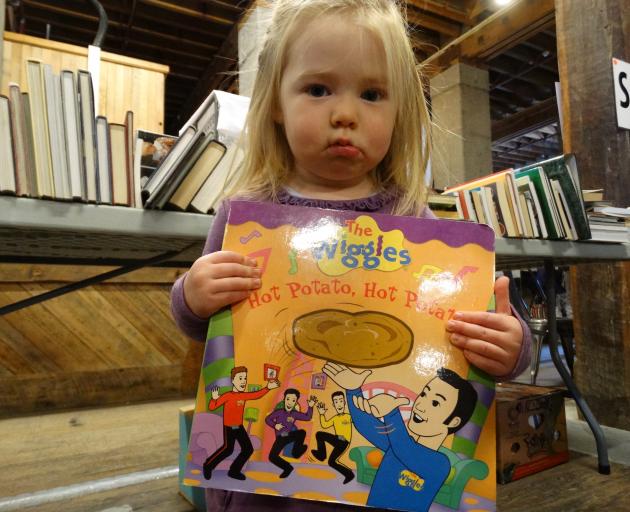 Charlotte Coursey (2), of Oamaru, holds a Wiggles book. PHOTOS: DANIEL BIRCHFIELD
After braving the cold outside the Loan and Merc building in Harbour St in Oamaru yesterday morning, more than 100 people streamed inside when the doors were finally flung open for the Rotary Club of Oamaru's Bookarama.

With more than 35,000 books on sale for a gold coin, the event has become something of an annual pilgrimage for many North Otago bookworms.

Bookarama organiser Cara Tipping Smith said books, puzzles, DVDs and other items had been collected over a period of 10 weeks. 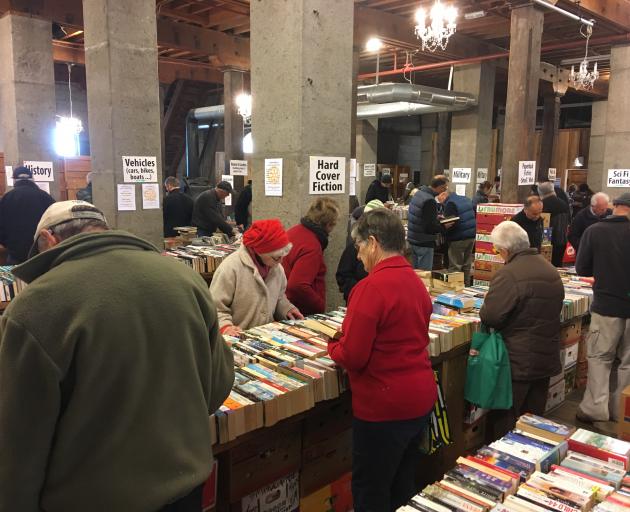 A large crowd gathered at the Loan and Merc for this year’s Bookarama.
It never ceased to amaze her how many items came out of the woodwork each year.

"It's absolutely incredible people donate this much.

"Last year we were really ruthless getting rid of books, so a lot of this is just this year's stuff."

Among decades-old books were plenty of new titles, particularly of the fiction genre, that had been published in the past couple of years.

Ms Tipping Smith said those books were sought-after, given their "good quality".

She said it showed books were as popular as ever given the digital age, which had its advantages. 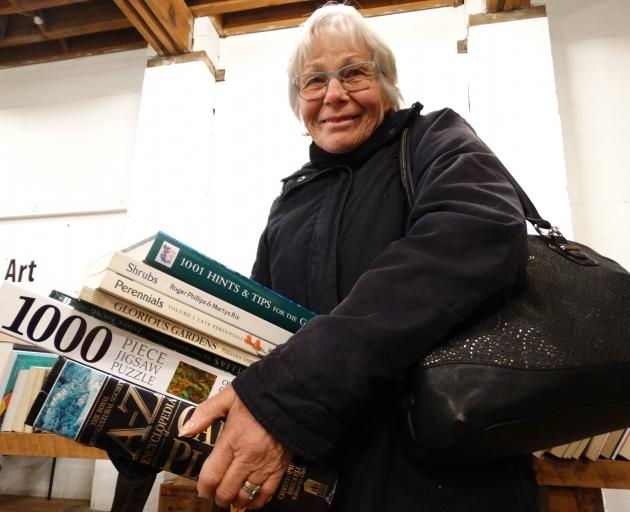 Wendy Smith, of Oamaru, holds her haul of finds at the Rotary Club of Oamaru Bookarama yesterday.
"You can't easily sit in the bath with a laptop, but you can with a book."

She estimated about 3000 people passed through the doors last year, which
raised $28,500 for various
community projects.

However, it was often difficult to determine just how many people had browsed.

"Dealers take massive numbers of books and some people take one or two. But, with Oamaru on Fire [today] there might be more people through this year."

Bookarama is open until 10pm tonight and from 9am to noon tomorrow.