Record-breaking numbers of penguins have fledged at the Oamaru Blue Penguin Colony this season.

About 450 chicks have fledged already this season, and nearly 100 more are expected to leave their nests by the end on April.

"It’s really exciting because we are tracking to fledge more than 500 chicks, which seems quite crazy for such a small colony like this, which has a very small footprint, to be putting out 500 chicks into the wild. It’s really cool," Dr Agnew said.

While there were slightly more breeding pairs, the increase was due to the penguins laying eggs six weeks early in May last year.

"It meant that two-thirds of our breeding pairs have then gone on to produce a second clutch, which is really high. The long-term average proportion of pairs that would have a double brew is only about 25%." 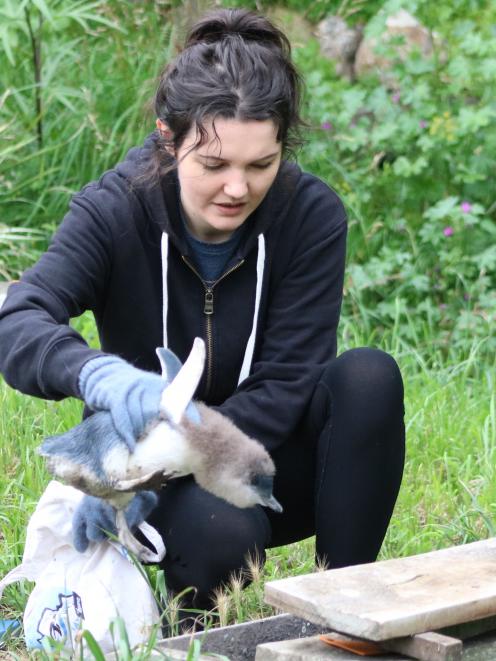 The increase was also food-related, and there was no indication it was related to the drop in visitor numbers because of Covid-19.

"We still have customers coming right through when the birds were laying eggs.

"We were able to observe their behaviour when we didn’t have visitors here, and it was basically the same.

"It has to be related to the amount of fish out there."

Some birds were still waiting for eggs to hatch, and would then raise them for eight weeks, and complete their moult about a month later.

Last season, the colony had had some birds moulting in May, while others were laying their eggs, Dr Agnew said.

"The overlap in seasons is becoming very, very close."

Sea surface temperatures were expected to be warmer this year, which was not great for penguins and could result in a difference in the 2021 breeding season.

The increase in numbers would have a flow-on effect — there would be an increase in breeding pairs in a few years’ time as a result.