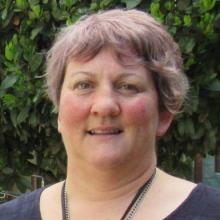 Ruth Kibble
Changes to the layout of Oamaru Hospital will continue in the long term, but not until a "detailed business case" is signed off, Waitaki District Health Services chief executive Ruth Kibble says.

Only then will sources of funding be looked at in more detail before the project continues.

In April, the Waitaki District Council-controlled company that owns and operates the hospital announced decisions made after consultation as part of its proposed staffing restructure and layout change at the hospital, which was first communicated to staff in February.

Under reconfiguration of physical spaces, the announcement described why there was a need for change.

"Underpinning the organisational restructure was the benefits to delivery of our health services in terms of how we utilise the physical layout of our facility. We worked on a principle of co-locating the patients with the highest needs together so that our staff are well supported and can work as a team."

While the announcement came in April, work had been going on to make changes for some time, Mrs Kibble said in an emailed response to questions from the Otago Daily Times.

"Reconfiguration of the facilities at the hospital has focused over the last 12 months on the establishment of the dedicated resuscitation room, the creation of an acute care area incorporating (the) emergency department and reorganisation of current office space."

Further work required an endorsement from the company’s four-person board.

"We have been working to move the concept plans for the structural changes from concept to quote, however this is not complete at this time," she said.

"Once these quotes are received a detailed business case will need to be submitted to the board of directors for their approval prior to progressing," she said.

"The business case will identify potential funding sources for this work. In the interim we are working to ascertain whether we can move the Allied Health team to their new areas as minimal building work is required, but with current timing this may not occur prior to Christmas."

Mrs Kibble told the ODT in April the reconfiguration of the physical layout of the building would "enable us to realise efficiencies in terms of staffing as well as delivering on safe staffing levels".