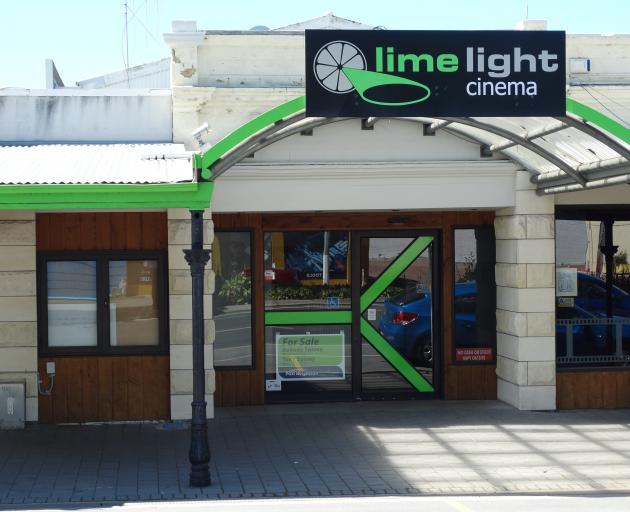 The comment was included in his report to councillors, tabled at a meeting of the full Waitaki District Council at the council chambers on Tuesday.

Oamaru has been without a movie theatre since Limelight Cinema closed in October 2018 due to the owner’s illness.

Since early 2019, two Oamaru women, Dagmar Rohrbach and Helen Riley-Duddin, who have since been joined Jenny Malcolm, have been working to establish a charitable trust to run a cinema.

The group announced in November a suitable location had been found, but has yet to reveal exactly where.

Speaking to his report at the meeting, Mr Kircher said after several discussions with the group he was confident the project would go ahead and was open to the possibility of helping fund it.

"The preferred location has been sorted. There has been some work on the planning around that. There needs to be a bit of money spent on those plans ... we could be asked to assist with that.

"It’s trucking along quite well and if it does happen, it will be a trust-owned enterprise ... for the population."

In his report, he said Waitaki was large enough to make the venture sustainable.

"There is no doubt that Oamaru and the wider district has sufficient population to make a movie theatre work, but it has to be done well, and it has to cater for the needs of the community.

"Ably led by Dagmar Rohrbach, a trust is now being formed by the group to progress their aim to have a community-owned theatre once again screening movies in Oamaru. Once established, there will be five trustees who will lead the design work, consenting, and development of the facility. It will likely be located in an existing building, and at this stage it looks like it will have two screens. A lot of work is still needed to make the movie magic happen, but it is now looking more viable than ever."

In November, Mrs Malcolm told the Otago Daily Times two screens were planned, each with about 50 seats, and screenings would be seven days a week, with session times based on the style of films being shown and their target market.

"They are community-based with a unique flavour and more boutique, and that is really what we are focusing on."