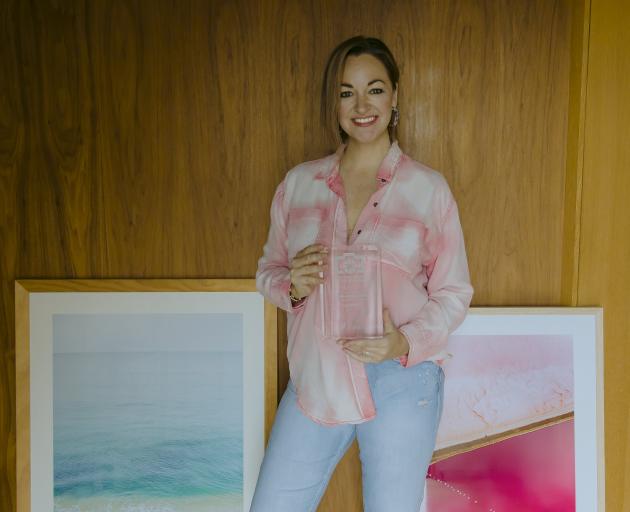 Oamaru photographer Emma Willetts holds the trophy she was awarded for winning the aerial category of the New Zealand Geographic photographer of the year competition. PHOTO: SUPPLIED
While a lot of New Zealand’s beautiful and dramatic landscapes can be appreciated on foot, Emma Willetts loves a perspective from the sky.

Since 2017, the Oamaru photographer has been building up a portfolio of aerial photos and last week won the aerial award at the New Zealand Geographic photographer of the year competition.

Ms Willetts was one of 40 finalists selected from about 6000 entries, with categories including aerial, wildlife, colour, photo story, society and landscape. Winners were announced last week at a ceremony at the New Zealand Maritime Museum.

"It was cool to receive my first major award at the maritime museum, considering my love for photography started on the oceans," she said.

Ms Willetts developed an interest in photography while she was travelling the world working on superyachts. She invested in a good camera, one of her colleagues taught her the technical elements of photography and she enjoyed capturing images of the "amazing places" she visited. 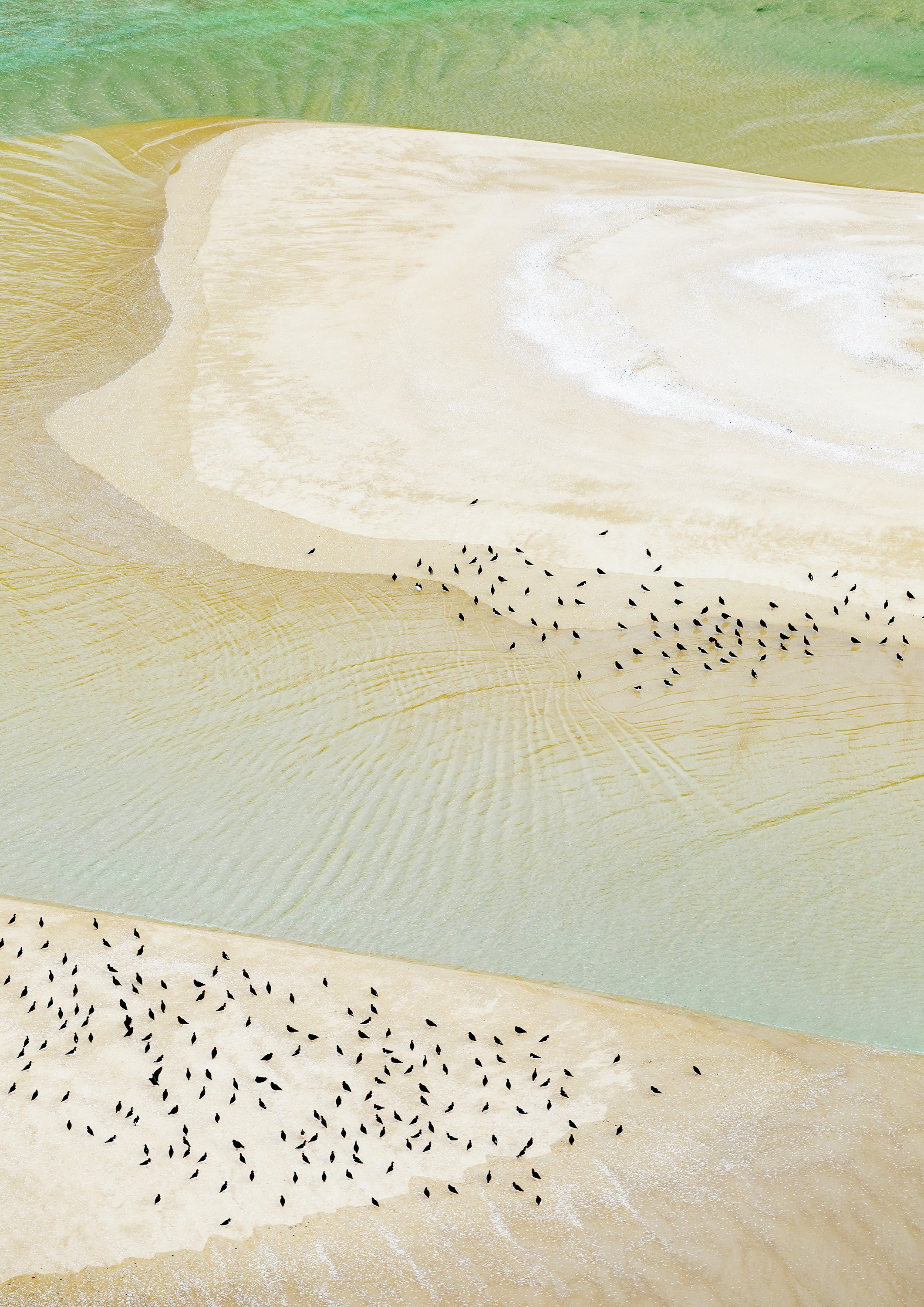 After working overseas for 10 years, she returned to New Zealand in 2015 and started her photography business in Auckland, mostly doing weddings, families and portraits.

The following year, she moved back to her home town of Oamaru, to be with her now fiance Bevan Smith, who owns Riverstone Kitchen.

"That’s the beauty of photography — you can do it from anywhere," she said.

She got her first real taste of aerial photography in early 2017, when she took a flight over the Waitaki River with Heliventures pilot Craig McMillan.

"I suppose, to me, it’s about showcasing nature’s art," she said.

"You get up in the sky and you see so many different things in the rivers — the way that they flow, the tones and the textures.

"It’s just a different perspective that not a lot of people see. I just love to be able to show people that."

Her award-winning image of oystercatchers dotting the inlet at Awaroa Bay in Tasman was taken in June this year.

"It just looked quite geometric, I suppose, the way the birds were situated ... I just really liked the way they were dotted around. It just grabbed my attention."

It was one of several photos she submitted for the awards. Others were taken at Farewell Spit during the same Tasman flight, and over the Waitaki district while flying over North Otago.

Since Covid-19 dealt a blow to the wedding photography side of her business, Ms Willetts’ focus has shifted to landscape photography and selling prints online, and commercial work. She has also been studying integrative health.