Global Geopark bid delayed 'to do this right' 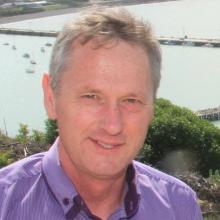 But Waitaki Mayor Gary Kircher, who is also the chairman of the Waitaki Whitestone Geopark Trust, said the application would be resubmitted once the district was able to present a "gold medal'' standard to Unesco evaluators, who were originally expected to be here this winter.

An expected delay in the process of up to 12 months would not jeopardise the district's bid to be the first Unesco Global Geopark in New Zealand, he said.

"The idea is really one year down the track from where we were - the [Unesco] assessments we expect to happen in 12 months from now,'' Mr Kircher said.

"We've made the call that we really want to do this right. We would rather take a little bit longer, but make sure that we have an excellent assessment that puts us head and shoulders above others, rather than something that might get us through but just as easily might not.

"We're just making sure that we do the hard yards up front and then we're not having to play catch-up later on.''

The temporary withdrawal of the application through the New Zealand National Commission for Unesco - which gave the Waitaki District Council the go-ahead for its bid to establish the country's first Unesco Global Geopark in June - was prompted by a visit from former global co-ordinator for the Global Geoparks Network Patrick McKeever in February, who informed the trust "we're not ready''.

When Unesco assessors arrived in the district, there was a need to be able to demonstrate "you are operating like a Geopark, rather than that you will be''.

Therefore, while much of the conceptual work had been done, including submitting the trust's 300-page dossier to Unesco headquarters in Paris in November, it was now a matter of that high-level work filtering through and becoming more apparent on the ground before the evaluators arrived.

Having "good consistency of information right across the district'' at all of the 43 previously identified "geosites'' could be an important step.

Unesco describes Global Geoparks as ``single, unified geographical areas where sites and landscapes of international geological significance are managed with a holistic concept of protection, education and sustainable development''.

"It's more than just the geology - we keep saying that but it's very much the case,'' Mr Kircher said.

"It's also the cultural element, and being able to tell our stories about our interaction with the land over the years; how that's changed, having the cultural layer of mana whenua and stories that that brings - there's a lot of different levels.

"Some of those places [Unesco Global Geoparks] have been running as geoparks for many years. We haven't. We've got the Vanished World, which has been running for 17 years, but it's only a subsection of a geopark in the sense that we're talking now.''

He said the delay was in line with the council decision in February to pursue "multi-faceted'' displays ready for the reopening of the North Otago Museum ahead of the Unesco assessors visit.

"It's really the same principle here. We're better off taking a bit longer and making sure we get this really right.''