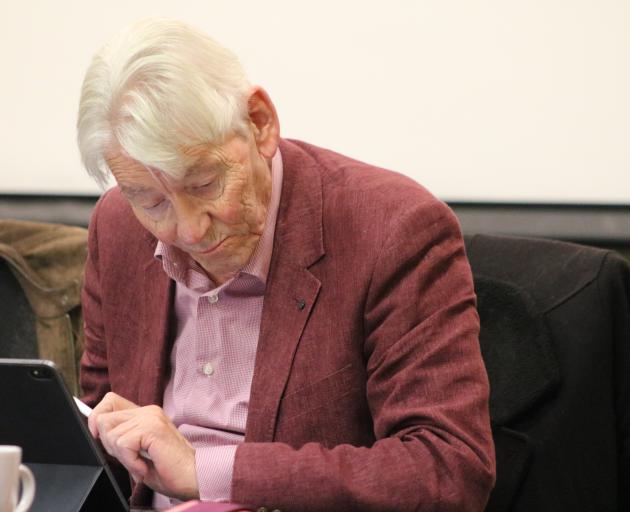 Waitaki district councillor Jim Hopkins says provincial New Zealand has been neglected. PHOTO: KAYLA HODGE
Roading projects across the South will have to be trimmed because of funding allocations labelled neglectful and disrespectful.

The NZ Transport Agency’s timing for announcing funding indications has also been criticised, as the letdown arrived while many councils were debating their long-term plans.

New Zealand’s councils were about $420 million short of the funding they had expected to get from the transport agency for maintaining local roads, the National Party said.

Waitaki district councillor Jim Hopkins said the funding shortfall was to the detriment of everyone, apart from Auckland cyclists.

The timing was nonsense and the Government’s priorities were harmful to provincial New Zealand, he said.

"It just shows you that Wellington has nothing but neglect for this sector," Cr Hopkins said.

"They don’t even respect our timeframes and obligations — ones that they’ve imposed ... and then they proceed to chuck this hand grenade in. It’s so disrespectful."

The council had wanted to proceed with a programme worth about $43 million in the next three years, but provisional approval from the transport agency was about $10 million short.

Waitaki Mayor Gary Kircher said the council was dealt a "rough one".

"Unfortunately ... it’s our community that has to pay for it, ultimately."

Gore Mayor Tracy Hicks said the situation was frustrating and Central Otago Mayor Tim Cadogan said there was significant concern in his district.

However, the Government has been able to find about $785million for a planned cycling and walking bridge over the Waitemata Harbour.

"At a time when we need positive growth in this province, I’m astounded that our road funding has been cut — especially when Aucklanders are getting hundreds of millions for a new walking and cycling bridge."

"There are currently six bridges in Southland that are already closed, with others likely to be shut down thanks to Government funding cuts, meaning local people will have to make detours which add more kilometres to their normal trips," she said.

"I know of one Southland family who has to drive an extra 30km each day to get kids to school, because the bridge on the shorter route has been closed until the Southland District Council can afford to fix it."

A transport agency spokeswoman said councils were advised of possible funding allocations on May 31, and most funding requests could not be fully met. The funding indications had been shared to help councils with their long-term planning, she said.

The agency’s board would confirm final allocations in August.

Queenstown Lakes District Council spokesman Jack Barlow said the funding crunch was disappointing, but the council had options to manage the situation.

Some renewal works could be spread over a longer period and some work might be done without the agency’s subsidy, usually about half the cost.

That should do it.

If climate change and cycling are combined then there is no way that NZTA / this particular government would ever turn down requests for more cycle lanes and better EV efficiency.