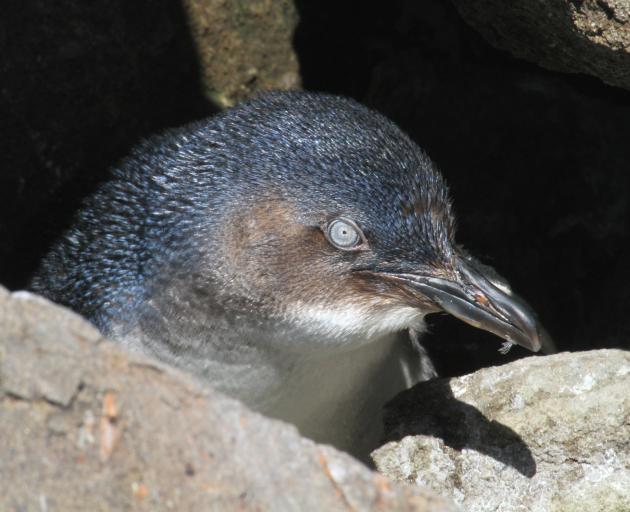 After five weeks at the Oamaru Blue Penguin Colony's rehabilitation centre, the last of five oiled little penguins was released yesterday. PHOTO: HAMISH MACLEAN
And then there were none.

The last of five oiled birds taken into care at the Oamaru Blue Penguin Colony's rehabilitation centre this spring was released at Oamaru Harbour yesterday.

Oamaru Blue Penguin Colony science and environmental manager Dr Philippa Agnew said the last of the little penguins to be released had been in care since October 8 and had taken weeks longer than the others to be ready to return to sea.

"It might be a combination of things: not preening properly, maybe not using her preening gland enough, maybe we haven't been particular enough with our swimming practices.

"For a long time, she was coming out of the pool really, really wet.

Dr Agnew would not name the source of the oil, but she said Oamaru Blue Penguin Colony had investigated and found two sources of it on either side of the harbour.

She was confident the oil was now properly stored and the matter was resolved.

Meanwhile, growth at the colony remained strong having 207 breeding pairs this year after a previous high of 189 pairs in 2017 and again in 2018.

On Sunday, a record 337 little penguins returned to the colony during the evening viewing.

November was typically the time of year in which the highest numbers return at night as the chicks were now ``post-guard'', meaning they were old enough to be left for the day as both parents went to find food and returned to feed their young at night.