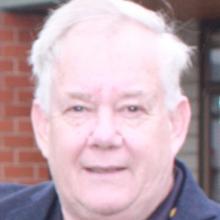 Craig Rowley
A man who died when his tractor rolled at a rural property in Waimate on Sunday was a "fantastic" person and friend to many.

"He was fantastic. He was a nice guy who would do anything for you. He was our courier driver here. It was a shock to hear such an accident had occurred. We used to talk to him pretty much daily.

"Our condolences go out to the family of the gentleman that was killed ... It’s a very upsetting time for them. It’s a shocking accident and unfortunately they are all a bit too common, these farm accidents we see about the place."

A family member of the man contacted by the Otago Daily Times yesterday declined to comment.

The man’s name and age are yet to be formally released.

The incident happened on private property near Timaru Rd, between Deep Creek Rd and Champions Rd.

Police were notified of the incident at 5.15pm, a spokesman said.

WorkSafe has been advised and the death will be referred to the Coroner.