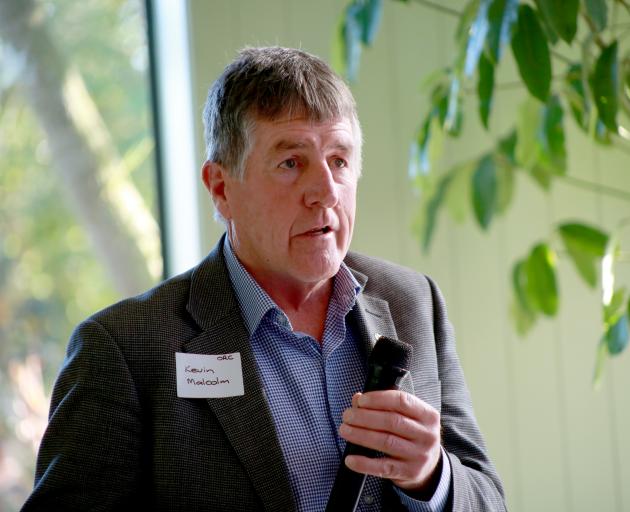 Following concerns raised by the public and a visit to the site of October’s Livingstone fire, councillors and iwi representatives on the council’s strategy and planning committee discussed tree planting for carbon sequestration (carbon forests) during a meeting last week.

"As forestry for carbon sequestration is currently a permitted activity in the Otago region, there’s not the same level of maintenance and hazard management expected for forests planted for harvest. This can lead to pest problems, depleted river flow in water-short catchments, and increased fuel loads for bush fires."

National policy had created unintended consequences that would have "potentially dire environmental consequences" and locally, there was particular concern about activities in the Kakanui catchment in the Waitaki district, Cr Malcolm said.

Otago regional councillor Marian Hobbs has already been lobbying for change. When Environment Minister David Parker was in Dunedin last month to speak to the environment branch of the Dunedin Labour Party about the Climate Change Commission’s forthcoming advice to Government, Cr Hobbs pushed him for something to be done at a national level.

Carbon forests were planted without rules or regulations to protect the environment, or the communities they bordered, she said.

"I want a plan, I want something done at national level," she said.

"If we are going to have to have this in the short-term, dear God, can we have it safely?"

However, Dr Parker pushed back.

The regional council had full delegated authority to take care of the problems she raised "without Big Brother in Wellington telling you how to do it", Dr Parker said.

"I’m not going to take that all on the shoulder of central government, because I think there has been a failure of local and regional government to exercise the powers that they have always had," he said.

Cr Malcolm, who also spoke on the issue at the recent North Otago Federated Farmers annual meeting, said the Livingstone fire, of which carbon forestry was a fuel source, occurred the same weekend as the Ohau fire, and he believed it had been "exceptionally misrepresented everywhere".

"We did have a disaster in Ohau, but that [Livingstone] fire ... the disaster that was, could’ve even been greater, and that really hasn’t been highlighted."

His biggest concern was the effects carbon forestry had on the environment — and he said the Otago Regional Council needed to get its plans right, too.

"We won’t be stopping on this ... We need to get our regional policy statement right, which we’re notifying on the 21st of June."

Cr Malcolm said if carbon forestry was going to happen, it needed to come under the same scrutiny as other land use changes.

"I haven’t heard anyone yet against trees. It’s about the right tree in the right place and that planting going under the scrutiny that every other industry should have," he said.

The committee resolved to lobby central government to ensure sufficient standards were in place to manage the land use change, impacts and risks associated with carbon forests.

Otago Regional Council staff will also pursue opportunities to manage land uses, including tree planting for carbon sequestration purposes, as part of the development of the land and water regional plan, which is due to be notified by December 2023.

The Waitaki District Council was also seeking legal advice for a district plan change and hoped to have another public meeting on the issue later this month.