Supervision for man who burned mum's home down 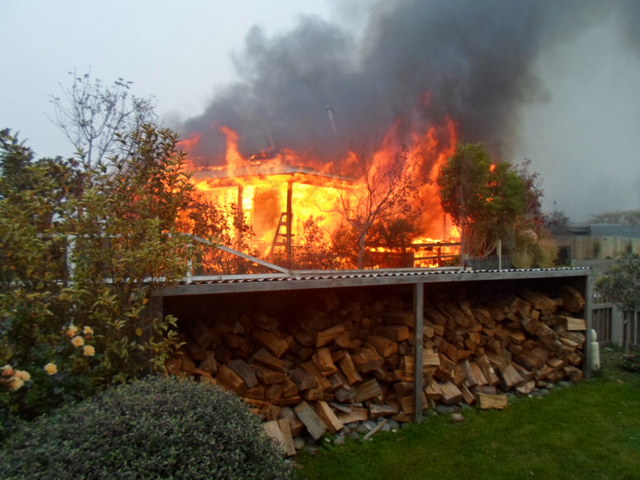 The Riverside Village home was destroyed by the deliberately lit blaze. PHOTO: SUPPLIED
A Glenavy man who burnt down his mother's cottage in the South Canterbury township has been sentenced.

Michael William Meredith appeared before Judge Joanna Maze in the Timaru District Court today and was given 18 months' intensive supervision on a charge of arson.

The 35-year-old, who pleaded guilty at an earlier appearance, was arrested and charged after the fire on May 24 this year that gutted the property at Riverside Village.

Crews from the Glenavy, Waimate and St Andrew's Volunteer Fire Brigades attended the blaze off State Highway 1, about 23km north of Oamaru, about 4.20pm.

On the day, Glenavy brigade deputy chief fire officer Wayne Direen said the house was well ablaze when firefighters arrived. It took about 90 minutes to bring the fire under control.

A neighbour, who did not want to be named, said she rushed outside when she saw flashing lights from fire engines, and that there was ''this big pile of fire, a lot of flames, that looked to be coming out of the roof''.

Another neighbour described the inferno as ''terrifying''.