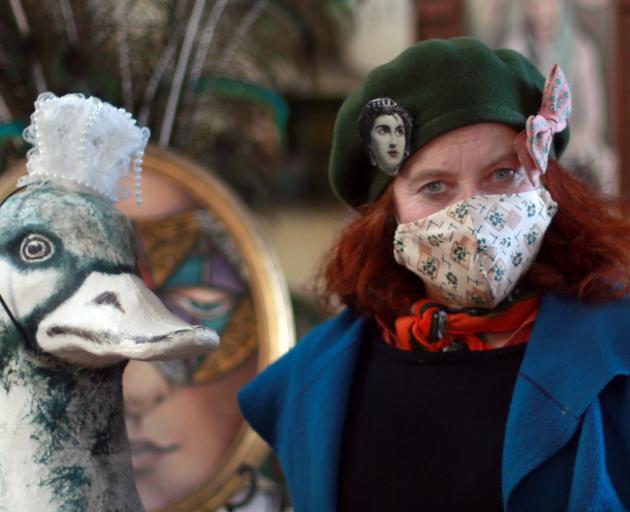 Oamaru artist Donna Demente said Tourism Waitaki’s recent ‘‘Sweet Spot’’ marketing campaign was one of many examples of the council-controlled organisation’s poor accountability and promotion of the district.

Yesterday, just over 100 people had signed the online petition.

‘‘I don’t really care if only 200 people sign the petition — to me that’s not an epic fail, that’s enough people to say, ‘Come on, these are people who care’.’’

Too many ‘‘important and expensive activities’’ were being decided upon behind closed doors and hidden behind ‘‘commercial sensitivity’’, she said.

‘‘That’s actually our money. We are stakeholders.

‘‘It’s too easy for them to hide behind [saying] ‘You know, you’ve got to trust us to do our job’. Well they’ve failed on that so many times that we’re right to question it, I think.’’

Ms Demente said she was not trying to be ‘‘ negative and griping’’ — she just wanted the council and Tourism Waitaki to recognise and promote what made Oamaru and the Waitaki district special, and work more collaboratively with the community.

‘‘There’s a lot of opportunity here that other places don’t really have ... it is about making the place better for everybody’s good.’’

She planned to hold some informal gatherings to hear the community’s views, and encouraged council representatives to attend.

‘‘If you care about your town and you want your people to feel involved so they contribute, it’s in your interests to hear what they’re saying, listen to them and be open.’’

Mr Kircher said the issues Ms Demente had raised in the petition would be part of the review.

‘‘The point of the review that we’re undertaking is to see how we can do things better.’’

The terms of reference of the review were still being worked on and the timeframe was not yet confirmed.

‘‘This is something we think it’s important that we get right. So we want to make sure that we get on to it and do a thorough job of it.’’

Tourism Waitaki general manager Margaret Munro was aware of Ms Demente’s petition and said the regional tourism organisation would be participating in the council’s review process.

She did not respond to questions about whether she thought the organisation had been transparent enough with the public over its recent Sweet Spot campaign, or whether she believed it should collaborate more with the community.

Last month, Mrs Munro told the Otago Daily Times one more video — a ‘‘wrap-up video’’ — would be released to end phase one of the Sweet Spot campaign, before the focus shifted to ‘‘still images’’. Yesterday, she confirmed no more videos would be released.

‘‘Tourism Waitaki is moving forward on planning a summer campaign,’’ she said.

Videos released as part of Tourism Waitaki’s marketing campaign attracted a lot of criticism online and in the community.

In July, Tourism Waitaki went to the police over comments on social media regarding the campaign that the organisation said showed a ‘‘dangerous undercurrent of cyberbullying, racial harassment, and xenophobia’’.

A police spokesman said yesterday there was ‘‘insufficient evidence to date to warrant an investigation of inciting racial disharmony under the Human Rights Act for this case’’.

‘‘Our staff will continue to closely monitor the situation for any criminal offending and respond with the appropriate action,’’ he said.