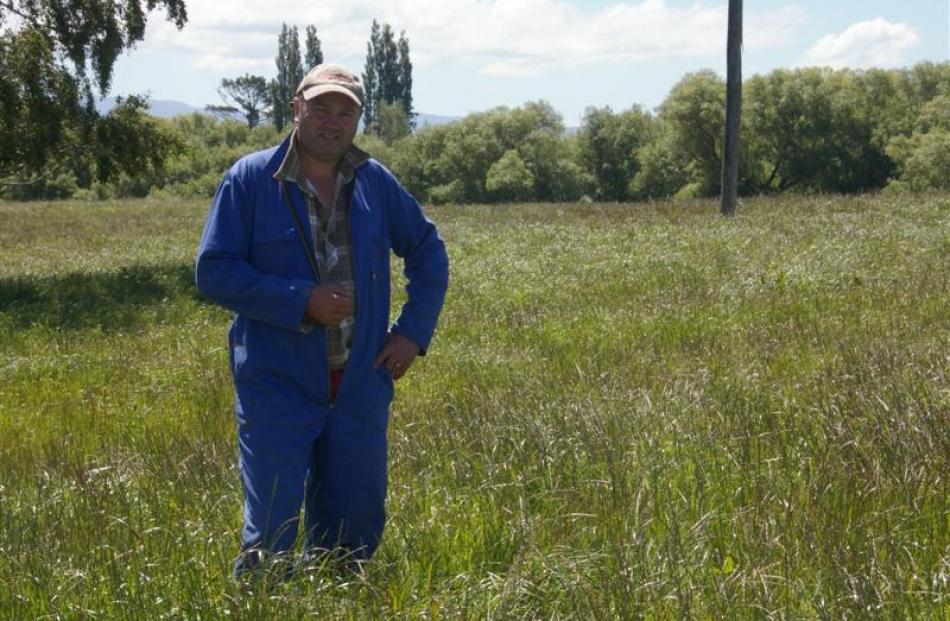 Otago Federated Farmers dairy chairman Stephen Crawford says this paddock should have been cleared weeks ago. Rain has fallen 70% of days in October and November and it has been 55% wetter than the 45-year average at his Clydevale farm, he says. Photo... 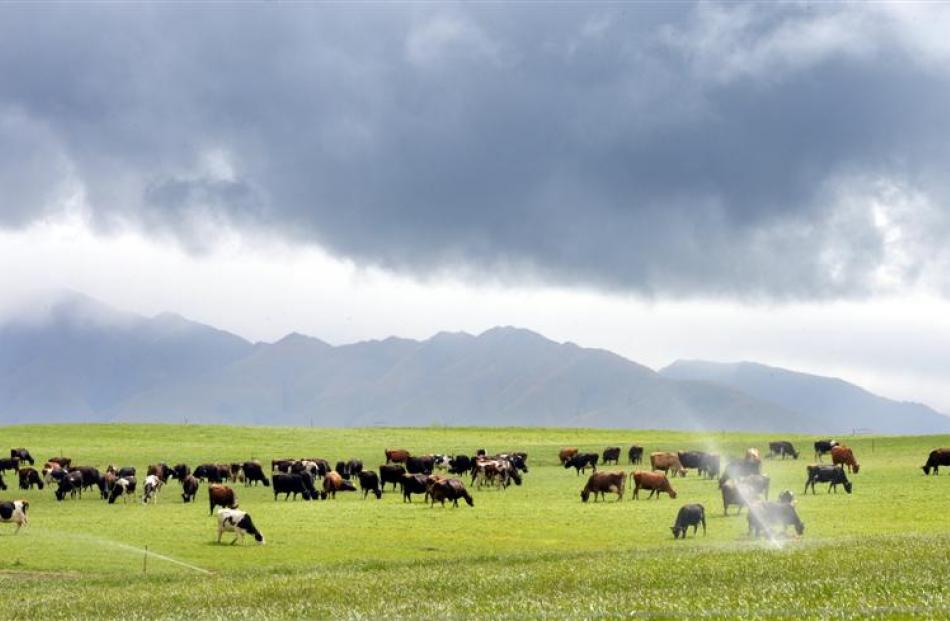 Rain clouds promise to ease the onset of a drought in North Otago. Farmers without irrigation are concerned. Photo by Stephen Jaquiery.

The weather could not have been more different for some farmers in Otago and Southland. While southerners struggle in the cold and wet, their northern counterparts wait for rain. Hamish MacLean and Sally Rae report.

It is a game of two halves for farmers in Otago and Southland.

In the South, farmers have been battling with extremely wet conditions while their northern counterparts have been praying for rain.

''If they [Southern farmers] could send us up some of their rain, it would be a whole lot better,'' North Otago Federated Farmers president Richard Strowger said yesterday.

His southern counterpart, Russell MacPherson, said the consistently cold, wet weather was taking its toll in his patch.

While a drought was more obvious, the November that Southern farmers had experienced was just as serious, Mr MacPherson said.

''People have just had enough. In some ways, it's actually worse than a drought. In a drought you can still do groundwork, you can get things done,'' he said.

Inch Clutha dairy farmer and Clutha district councillor Hamish Anderson had spoken to a Catlins farmer who measured 260mm of rain for November. Another farmer in Inch Clutha, at the coastal end of the island, had reported 107mm, Cr Anderson said.

''In a month, we've had about one-seventh of the annual rainfall. Combine that with a lower [dairy] payout and everything else - it's not a good thing to be happening.''

Cr Anderson was not expecting any real relief from the weather in the coming weeks.

''It's very challenging, but that's just part and parcel of farming,'' he said.

In Tapanui, Kelso Kontracting's Athol Lawlor said that it might have been the worst November he had seen in West Otago.

''If it's not raining, it's blowing. I've never seen anything like it,'' he said.

Rural Contractors NZ vice-president and Southland-based contractor David Kean said there were reports of contractors not being able to get work done, struggling with finances and some laying staff off.

''Many contractors are really feeling it and the stress is starting to tell on both them and their businesses. Our advice is simple: ask for help and talk to the appropriate agencies before things get out of hand,'' Mr Kean said.

Farmers also needed to be aware of the pressure contractors were under and be realistic about getting work done.

''The last couple of months have been so wet that even if the weather cleared today, it is going to take a long time to clear the backlog of work and get everyone caught up again,'' he said.

''We've got two different Otagos. One's been really dry and the other's just a pain in the backside,'' he said.

''The biggest thing has been the number of wet days. There's been so many days with just a little bit of rain, so nothing's had the chance to dry out.''

But the moisture in the ground offered potential for a good year if the weather warmed up, Mr McAtamney said.

Clinton cropping farmer Craig Whiteside said the weather had been challenging but could have been worse.

''We've been lucky. We've grabbed every opportunity and we're up to date with sowing, but the weather the way it is, it's made it a real challenge to get fertiliser and spraying done, and looking forward, it's going to make our harvest season a lot later than we're used to.

''That's going to bring on a lot of challenges later on.''

Anecdotal evidence from customers suggested a stressful spring for farmers. Some had reported doing only 25% to 30% of the work that would normally be done in November.

In contrast, on the coast, just south of Oamaru, there was 21mm of rain recorded in October and 19mm in November, compared with 76.5mm and 36mm for those respective months last year.

For dryland farmers, the weather - with cold winds and lack of rain - had been ''a bit of a shock''. Such a weather pattern had not seen for a long time, Mr Strowger said.

Some farmers were ''really struggling'' as they had not had a flush of feed come through and some had weaned and sold lambs. Dairy farmers generally seemed to be coping ''pretty good'', he said.

PGG Wrightson North Otago livestock manager Mark Yeates said ''quite a number'' of farmers had been proactive in the past four to six weeks and dispersed what he described as ''flexibility mobs''.

Those were the likes of yearling cattle that were carried through and were there to be sold if the feed situation tightened up.

Several lines of store lambs were also starting to come to market in the past week or two.

It was a matter of making ''a bit of room'' to look after capital stock.

While it was not at the panic button stage yet, with the ''odd sprinkle of moisture to keep things ticking along'', ''more often than not'' in such a weather pattern, an early decision was a good decision, he said.