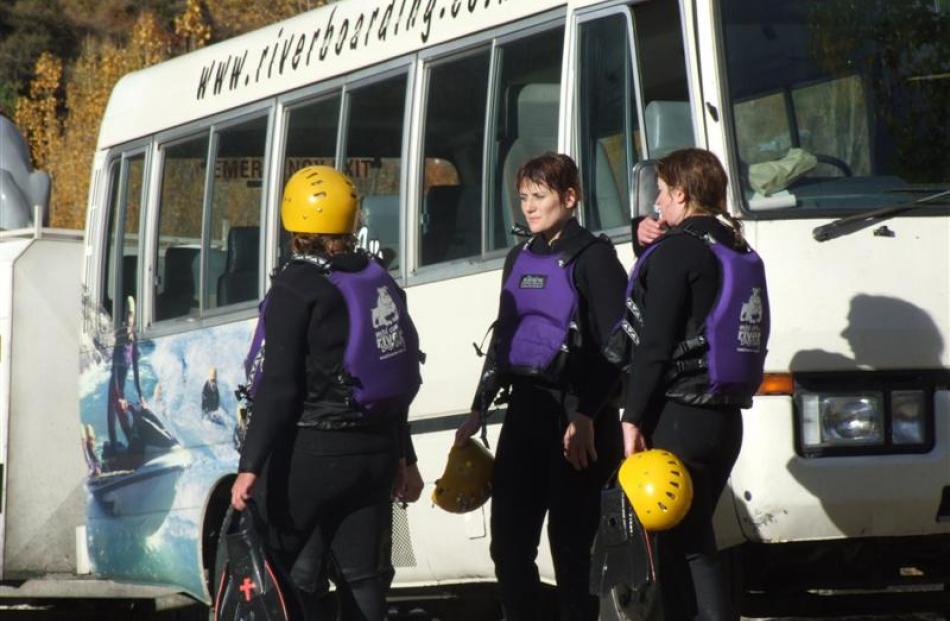 Survivors of yesterday’s ill-fated Mad Dog River Boarding trip gather beside the company minibus, minutes after an English tourist drowned in the Kawarau River after becoming wedged underwater between rocks in the Kawarau River. Photos by Chris Morris. 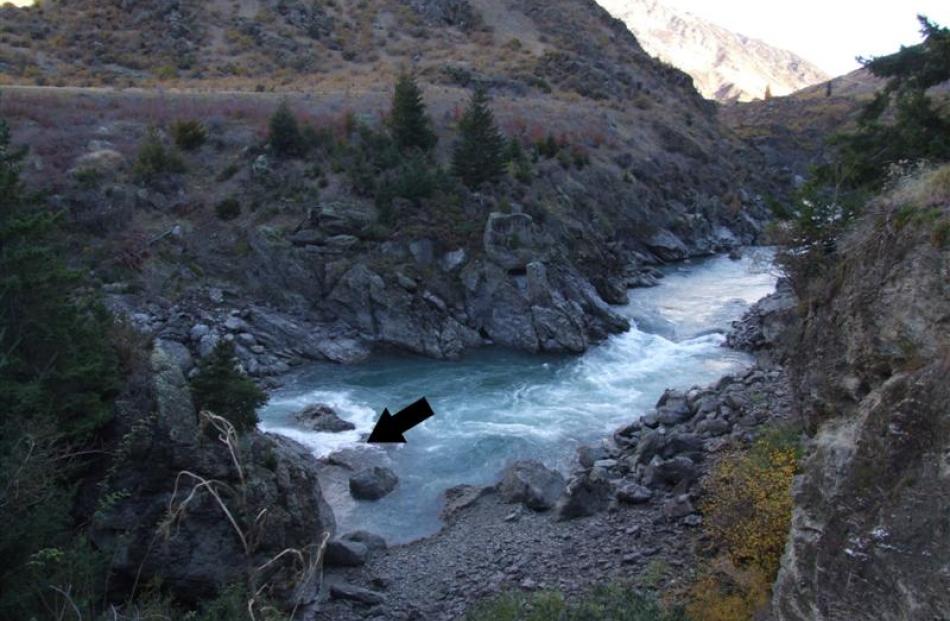 The area of the river where the English tourist became wedged. 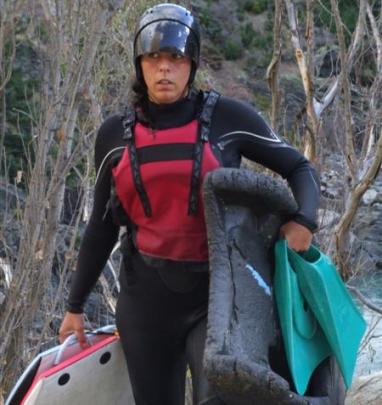 A member of the Mad Dog River Boarding trip emerges from the river.

An English tourist trapped underwater while river boarding in the Kawarau River, near Queenstown, drowned with her distraught boyfriend in the water with her.

The 21-year-old woman and her boyfriend were part of a small group on a whitewater expedition organised by Queenstown company Mad Dog River Boarding when the accident happened about 2.15pm yesterday.

The woman - whose name has not been released - became stuck while submerged between two rocks in rapids immediately upstream from the Roaring Meg Power Station.

Her boyfriend, who was in the water with her at the time, could only watch as Mad Dog river guides tried for 20 minutes to free her.

Sergeant Steve Ereckson, of Cromwell, said the woman's body had been held firmly in place between the rocks by the force of the water flowing down the river.

She was eventually freed by the expedition's guides, who dragged her to shore and administered CPR until St John Ambulance staff arrived from Cromwell and Alexandra, he said.

‘‘Unfortunately... they were unable to revive the young lady,'' Sgt Ereckson said.

She was pronounced dead at the scene and shocked survivors from the ill-fated trip were quickly ushered aboard the Mad Dog minibus and driven back to Queenstown.

Guides spoken to by the Otago Daily Times declined to comment, saying they were still coming to terms with the incident and needed to hold their own debriefing before making any statement.

The Mad Dog party was one of three groups using the river at the time of the accident, and stoney-faced customers were also seen boarding Serious Fun River Surfing and White Water Sledging minivans before departing the scene.

Sgt Ereckson said the two guides involved in trying to save the woman were ‘‘visibly upset, which would be expected''.

Mad Dog owner Brad McLeod said his thoughts and condolences were with the victim, her boyfriend and family following yesterday's accident.

He said rain in the area yesterday had little impact on the river, and flows were ‘‘normal'' for the time of year.

Sgt Ereckson said, if anything, the river had been ‘‘relatively low'' yesterday, which could have been a factor - making it possible for the woman to become trapped between the rocks, although ‘‘that's not for me to decide''.

The woman's body was expected to be transported to Dunedin for a postmortem. Her death would be referred to the coroner.