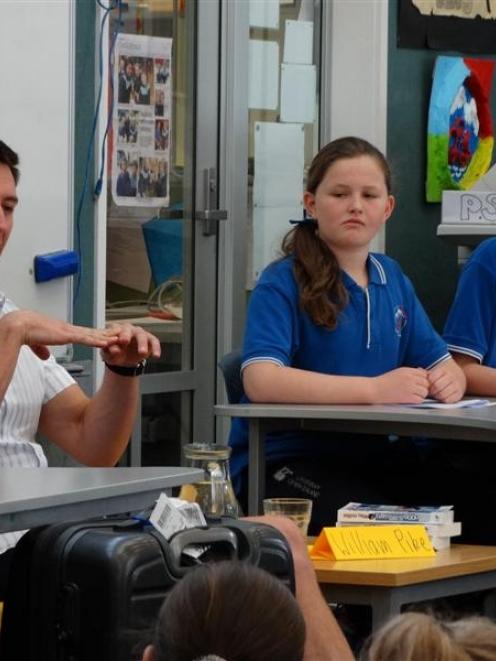 It is also the philosophy on life that he developed on his journey from nine weeks in hospital - ''broken and battered'' - to climbing mountains after a freak natural event cost him his leg.

In 2007, then aged 23, the schoolteacher was relaxing in a hut on Mt Ruapehu after a day's climbing when a ''blue sky eruption'' trapped him under piles of rubble.

After a daring alpine rescue that saved his life, his leg was amputated below the knee.

Mr Pike told the children they would constantly face ''challenge and change'' in their lives, but would thrive if they applied the values of courage, teamwork, resilience, compassion, pride and enthusiasm.

In 2008, he wrote his autobiography Every Day's a Good Day, and in 2010 launched the William Pike Challenge Award, a programme designed for year 7 and 8 pupils that encourages young people to experience the outdoors and serve their communities.

He quit his teaching job soon afterwards to focus on expanding the programme throughout the country.

Mr Pike told the Otago Daily Times the programme had been taken up by more than 1100 pupils at 49 schools, and his goal was to get it into hundreds more, including some in Queenstown.

''It's such a gorgeous area and the William Pike Challenge is all about making the most of what's in your backyard.''