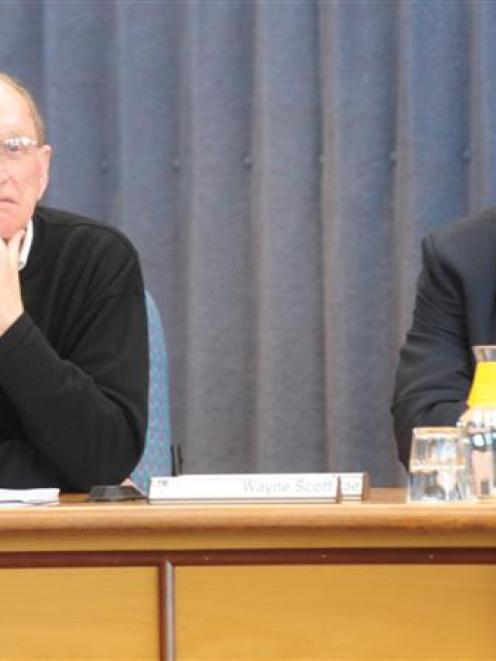 Regional council environmental engineering and natural hazards director Gavin Palmer said the strategy recognised that flood hazard due to temporary high lake levels could not be avoided, but could be mitigated to some degree through managing the communities' exposure to flooding.

The plans involved training the Shotover River to occupy the true-left side of the delta, while maximising the sediment storage characteristics of the delta.

A design concept for a training line, estimated to cost $1.2 million, had been prepared and it was proposed it be implemented subject to resource consents and funding.

It was also proposed the delta surface be managed to a target profile lower than it was now, and that the river was allowed to adopt a more natural braided pattern.

The regional council would seek long-term resource consents for gravel extraction to undertake this work and it was hoped to lodge those applications at the end of the month, he said.

Mr Geddes said it was interesting it had taken 130 years to understand the area's hydrological system.

In the past 10 years especially, expectations in Queenstown had grown that there was some magic solution to its flooding problems.

Investigations undertaken by the regional council since the 1999 floods had shown there was no magic solution in the long term, he said.

However, strategies had been found which could give nature "a guiding hand".

It was gratifying these strategies were compatible with other key uses including the district council's wastewater treatment plant and the airport's need for an arrest area, he said.

Mr Field said Queenstown's losses reached about $70 million from the 1999 flood, so finding strategies that could avoid these losses becoming worse in the future was positive.

Regional council chairman Stephen Cairns said this project was a role model for how local authorities could work together to provide a winning situation.

The committee recommended the council develop and publicly consult on funding options for the construction and maintenance of the proposed training line and associated river works in conjunction with the preparation of the Long Term Council Community Plan 2009-19.

The Queenstown-Lakes District Council will consider the report on Monday.