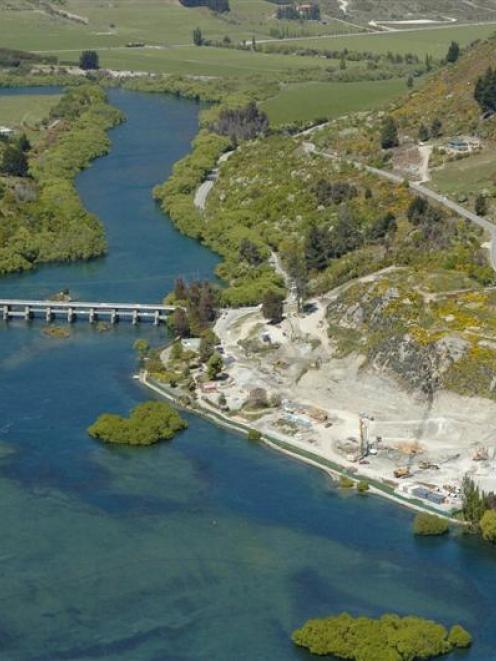 "Overall, the structural condition of the bridge is good and there are no structural defects that require any immediate repair."

The safety of the bridge was questioned by Queenstown Mayor Clive Geddes at a meeting of the Otago regional transport committee last month.

He suggested heavy traffic involved in construction south of the bridge was causing damage to the structure.

Mr Clarke said there had been a 28% increase in "heavy commercial vehicles" over the past year or so.

"There is no evidence that the structural integrity of the bridge or level of maintenance has been affected."

Mr Clarke said the Opus review of the bridge was based on regular inspections.

"The most recent inspection by the bridge management consultant identified some routine repairs required on the bridge deck, which were remedied in April 2008."

The bridge met structural capacity for all vehicles within the legal weight limits.

Vehicles over the limits were required to obtain an "overweight" permit, as was required for crossing all agency state highway bridges.

Mr Geddes had been unhappy that only $11,000 of work towards a $16 million replacement bridge was budgeted for in the Otago regional land transport programme, put out for public consultation on Wednesday.

Yesterday Mr Geddes said while he found the Opus report "very comforting", he was still pushing for the bridge to be upgraded to two lanes.

Mr Geddes said the Queenstown-Lakes District Council remained committed to pushing for action on the bridge and would make a submission to the Otago regional land transport programme.

Mr Geddes said the transport agency's previous entity, Transit New Zealand, had been a signatory to the Wakatipu transport strategy, which listed the replacement of the bridge as a priority project to be started between 2007 and 2010.