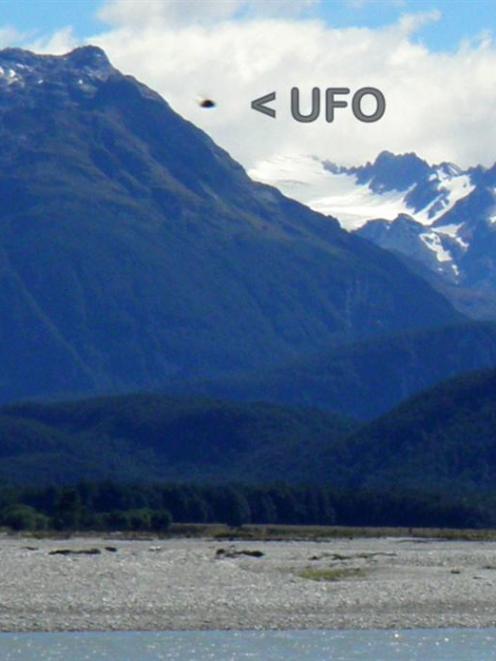 Now he wants to know if the truth is out there.

A fortnight ago he was fossicking for rocks by the Dart River bridge on the Glenorchy-Routeburn road.

About noon, he took 20 photos of the surrounding landscape to show his family.

Looking through the images that evening, he noticed one showed a small, dark shape in the western sky towards the Humboldt Mountains.

He is sure he neither saw nor heard an aircraft at the time, and has been puzzling over the object ever since.

In response to an Otago Daily Times inquiry, an Airways New Zealand spokeswoman confirmed air traffic control had no record of aircraft in the area at that time.

Mr Waghorn said the object appeared in only one of the photos, so he felt confident in ruling out that it was a speck of dirt or small insect on his lens.

He had always been sceptical about UFO stories, ''but now I sympathise with them''.

''I'm sure there's a reasonable, rational explanation - I don't think it's green men from outer space - but whenever I look at it, I think it's such a weird shape.