Wells family now have own lift 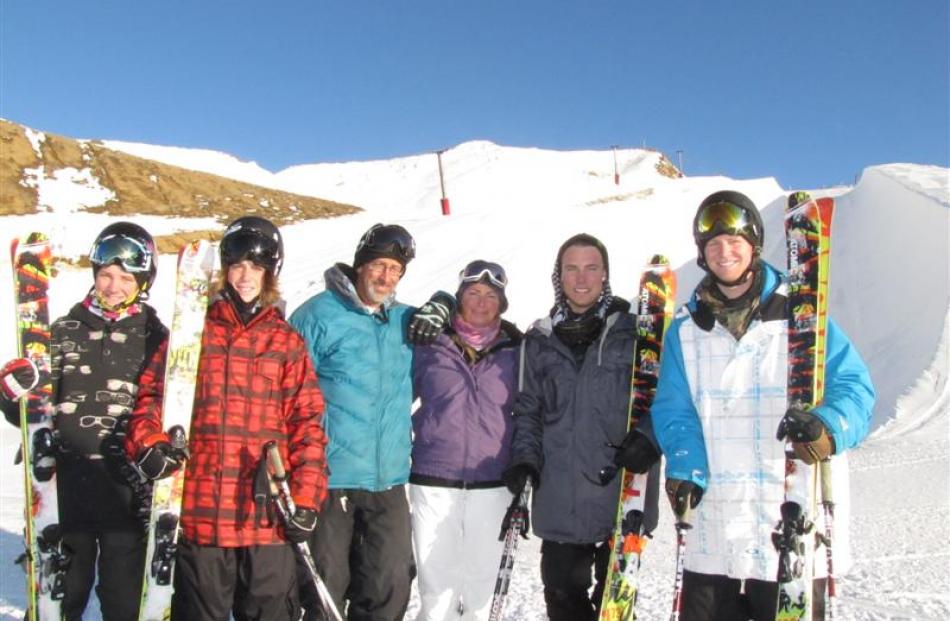 Wanaka's best-known snowsports family, the Wells, had their long and successful association with Cardrona Alpine Resort marked at the ski area yesterday when they turned out to officially open the Wells Pipe Platter.

The launch of the new surface lift, alongside the field's 22ft Olympic halfpipe, meant Cardrona was the only ski area in the southern hemisphere offering a dedicated lift to access its halfpipes, and one of only a handful in the world, the field's sales and marketing manager, Nadia Ellis, said.

"This is significant because it means athletes will get more training laps each day because of the increased turnaround time. Now they don't have to hike the pipe, they'll get super-fast laps."

The Wells Pipe Platter was named in recognition of the link between the Wells family and Cardrona, Ms Ellis said.

Parents Bruce and Stacey Wells moved to Wanaka to work at Cardrona 26 years ago - Mr Wells as a patroller, and Mrs Wells in the child care centre - and practically raised sons Jossi, Byron, Beau-James and Jackson, on the slopes. Today, the boys are achieving international freeskiing success.

Mr Wells only retired as a Cardrona patroller this year after becoming a fulltime free-ski coach for the New Zealand Winter Performance Programme. He was named the Snow Sports New Zealand "Coach of the Year" in 2010.

After carrying out their ribbon-cutting duties yesterday, the Wells brothers were the first to test out the new platter bearing their name, before descending the halfpipe and demonstrating the skills which place them among New Zealand's best hopefuls for the 2014 Winter Olympics in Sochi, Russia.

Ms Ellis said with ski halfpipe now included as an Olympic discipline, the new lift would provide the Wells boys - and other New Zealanders - with one of the world's best halfpipe training facilities "in their own back yard", which would provide a real boost for the New Zealand Olympic campaign.

It would also attract more world class athletes for training in the northern hemisphere "off season".