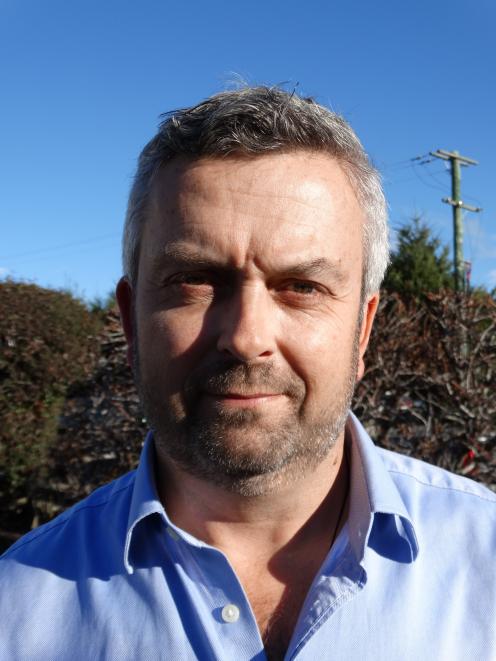 Mark Sinclair. Photo: ODT files
Expansion of Queenstown and Wanaka Airports might have been "paused" by the Queenstown Lakes District Council, but the debate over whether it should happen at all is developing on a variety of fronts.

• The search was due to begin yesterday for independent consultants to carry out social and economic assessments of the effects of expanding Queenstown and Wanaka Airports.

A Queenstown Lakes District Council (QLDC) spokesman said on Thursday a "request for proposals" (RFP) would be published on the Government electronic tender service system.

The intention, he said, was to have a consultant or consultants "appointed and communicated publicly" before the end of next month.

The QLDC would be looking for "the best practice approach" and how consultants would "address the need to engage widely with the community".

It was intended the assessments would be completed by the end of the year, with reports to the QLDC early next year.

As discussed at the QLDC meeting on Tuesday, the assessments will be for use when the Queenstown Airport Corporation's (QAC) statement of intent (SOI) - which directs the activities of the QAC - is reviewed again next year "rather than informing amendments to this SOI currently being reviewed".

The Wanaka Stakeholders Group - in letters sent to QLDC councillors and the QAC board - has repeated requests for "full disclosure of the agreements and contractual arrangements relating to Wanaka Airport".

Among the documents being sought by the group are the lease of Wanaka Airport granted by the QLDC to the QAC, and the "strategic alliance agreement" between Auckland International Airport Ltd and QAC.

Auckland Airport owns 24.99% of QAC, and the QLDC owns the rest.

The group's deputy chairman, Mark Sinclair, in his letter to councillors, wanted to know what legal right the QLDC believed it had to control development.

"The worth of council's recent resolution promising consultation with the community and reconsideration by QLDC of any key issues depends entirely on whether QLDC has retained all of [or sufficient of] its legal powers of ownership and control of Wanaka Airport."

Mr Sinclair said without the information being made available, there was "no point" in QAC presenting an updated statement of intent.

One of the instigators, former Queenstown Lakes district councillor Cath Gilmour, said on Tuesday the society had 200 members, and the public face of the society would be its Protect Queenstown campaign.

"It's purpose is to ensure council hears and acts on the community's strong demand for not expanding Queenstown Airport's air noise boundary."

The Wanaka Stakeholders Group (WSG), opposed to the expansion of Wanaka Airport, has a similar arrangement, and claims to have more than 2700 members.

Ms Gilmour said the new group had a "strategic alliance" with WSG and its Protect Wanaka campaign and believed it to be "an historic first" for Queenstown and Wanaka residents being "united and acting together".

"We want our elected representatives to act on our shared concerns on proposed airport growth."