Campaign to rename the South Island 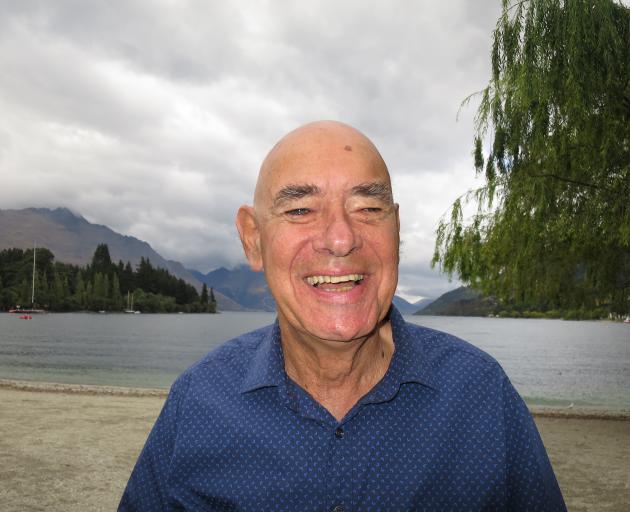 Stanley Gyles says South Island is a 'boring' name. Photo: Scene
A Queenstowner's behind a campaign to change the South Island's name to 'NZ South'.

Retired businessman Stanley Gyles, who commutes between Queenstown and Australia, says it's time the South Island asserts its independence from the drastically-different North Is-land, while remaining part of New Zealand.

Gyles agrees many South Islanders call their island the 'Mainland', but says that name's also adopted by some North Islanders.

However it's not just a name change they're seeking.

They think it could also help the revival of dormant South Island towns.

"Who knows how this will progress, but initially this is to see what people in the South Island, particularly, think about their future and their own identity."

Gyles personally believes the South Island's got to a stage where it doesn't need the North Island, and that its offering is so different – from its world-class scenery, adventure tourism, ski slopes and walking tracks to its hydroelectric resources, from its world-famous Marlborough and Central Otago wine regions to its more laid-back people – that it needs its own identity.

"For instance, we don't have an Auckland with its gangs, racial tensions, violence and congestion.

"And when an international visitor goes home and says they had a great time in NZ, they may have only come to the South Island, so they should be saying, 'we had a great holiday in NZ South'."

Apart from its similarity to 'North Island', the South Island's also a boring name, Gyles says.

His group's first aim is to raise $900,000 in seed money to employ the likes of a constitutional lawyer, lobbyist, researcher and social media guru to get its campaign up and running.

A 'New Zealand South' Facebook page is being launched today, in addition to a website of the same name.

While promising to dismantle bureaucracy, Gyles accepts there'll be some overriding authority – "that's to be worked through" – in charge of NZ South.

Once consultants are onboard, he says there'll be a roadshow throughout the South Island to get people's views.

"You can't introduce some-thing if people don't want it," he says.

But if the campaign's suc-cessful, he suggests NZ South's first act would be to introduce a bed tax or tourist tax to fund infrastructure.

<insert rolling eyes emoji here> - there is nothing wrong with 'South Island'.

Doesn't the south have a Maori name: Te Wai Pounamu?

...and the point is? To introduce a bed tax to his Anglo-Saxon bolt hole?

Pretty typical, a promoters thought bubble that st first gasp wants to suck at least a million dollars to move two words around. Th nett benefit is the "consultant" pockets a bucket load and the public gets done over/