Council to splash cash on offices 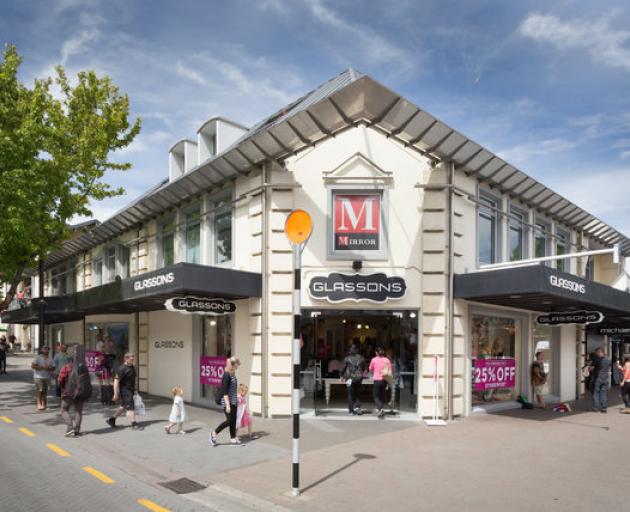 The Bradleys Building on Rees St. Photo: Supplied
Queenstown's council plans to invest $630,000 in more office space due to increases in staff caused by the resort's rapid growth.

It has budgeted $370,000 to refurbish a 158sqm office space in the Bradley Building on Beach St and another $260,000 for a relocatable unit next to the Queenstown Events Centre in Frankton, to be used by the council's parks and reserves team.

The other main reason more office space was needed was to undertake large-scale projects outlined in the council's 10-year plan, he said.

QLDC communications adviser Lu Morris said the lease for the Bradley Building office was being finalised and was expected to be "in line with market rates".

She said 27 council workers would move into the new space in the CBD once the refurbishment was complete.

A report prepared by planning consultant Helen Pickles, concerning the temporary office in Frankton, stated the unit would house up to 18 council workers who were already in Queenstown offices.

QLDC has two main offices in central Queenstown, one in Gorge Rd and another in Shotover St.

The planning report stated: "These offices are operating at capacity and the additional space is required to accommodate staff directly related to the activities of the Queenstown Events Centre."

The council would aim to temporarily relocate parks and reserves team members to the Frankton office in March, until the completion of the new office in the CBD.

The small unit was then likely to be used as an additional sport and recreation facility for the Events Centre.

A financial report put before the council's audit, finance and risk committee earlier this month showed the local authority had been operating with a net vacancy of about 45 fulltime workers.

The report suggested this was the main reason for the council's recent underspending on staff salaries and wages, as well as overspending on contract workers.