3 Comments
A Christmas-themed Coca-Cola advertisement that will be seen by millions of television viewers was filmed near Queenstown and Southland’s coast in August.

Advertising industry website Shots is hailing the two-and-a-half-minute commercial, about a father's quest to deliver his daughter's wish for Christmas, as a feat of Covid-era remote filming.

The commercial, called The Letter, was directed from Los Angeles by New Zealander Taika Waititi — of Jojo Rabbit, Hunt for the Wilderpeople and Thor Ragnarok fame — with a production team in London.

Live-streaming technology and video conferencing were used to connect those working on the production across the three countries, from locations that included rugged Southland coastline, Arrowtown, Glenorchy and the Remarkables mountain range.

"On shoot days we used QTake, Zoom and WhatsApp to ensure that everyone was constantly connected throughout the shoot, and enabling the crew on the ground to implement Taika's direction immediately, and me to get quick feedback and sign-offs from the agency," Ms Stone said.

The original plan to shoot in Auckland and Queenstown had to be scuppered when Auckland went into lockdown half-way through the shoot, forcing her team to scout new locations at the last minute and rejig the logistics, she said. 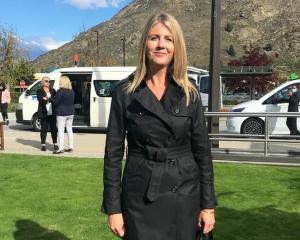 Hooray, now hopefully more people will drink sugar before dropping the single use plastic it comes in by the roadside. Merry Christmas everybody.

Advertising Industry promotes materialism and lifts sales of climate-harming products. Researchers say the promotion of consumerism, materialism and a work-and-spend cycle, and the industry’s role in pushing sales of beef, tobacco, high-polluting SUVs and flights, are all part of that indirect role contributing to climate and ecological degradation.

Sad to see Santa having to also pick up shifts driving trucks to make ends meet, looks like everybody doing it tough at the moment