A burnt-out shell is all that remains of a Queenstown home after an inferno gutted the Sunshine Bay property.

About 4.30am yesterday, a hospitality worker, who asked not to be named, returned from an overnight shift and opened her bedroom door to find the room engulfed in flames.

While attempting to put the fire out, she could feel smoke clogging the back of her throat and realised it was too late. 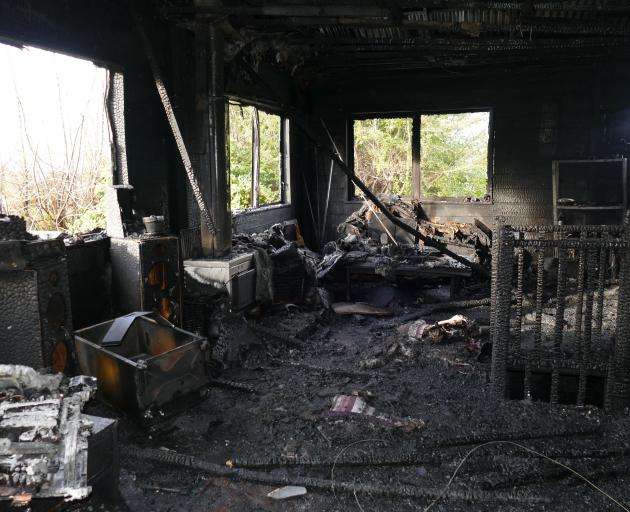 A newly revamped kitchen and lounge were destroyed in a fire at an Arawata Tce, Queenstown, property yesterday morning. Photos: Miranda Cook
She woke up the two other people at the Arawata Tce property and they fled.

The flatmate and a friend had been out partying the night before, she said.

The blaze rapidly spread from the back bedroom to the kitchen and lounge areas, and by the time fire crews arrived, the house was engulfed in flames.

Three crews from Queenstown and one from Frankton worked hard to stop the fire from spreading to an adjoining property.

They brought the fire under control about 5.40am.

The three people who fled the house were treated for smoke inhalation.

As of late yesterday afternoon, there had been no update on a possible cause. 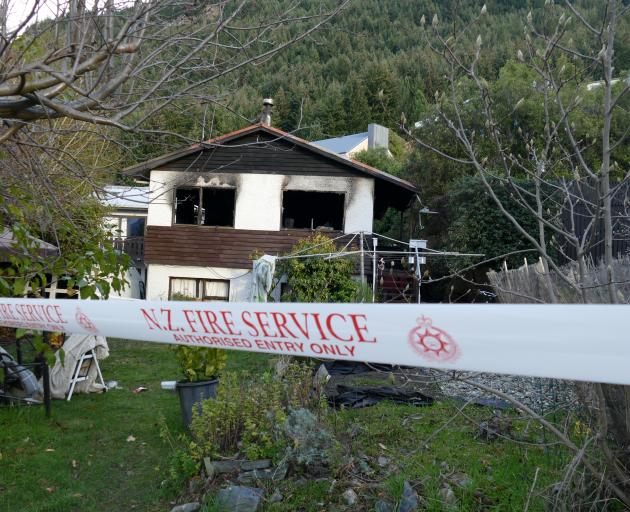 Visibly upset, the hospitality worker, a Scottish national who has been living in Queenstown for more than six years, said she had lost everything.

‘‘All of my clothes, my laptop, some money — and I don’t have any insurance.’’

‘‘We have just finished doing up the kitchen and lounge too, so it’s really devastating.’’

She was not sure how the fire started in the bedroom.

But if there is a positive to come from an awful situation, it is that her two pet cats, named David Meowy and Kitty, survived the blaze.

She initially feared David Meowy had died in the fire.

She had not seen him since she left for work the night before.

Fearing the cat was in her bedroom when the blaze started, but still hoping for the best, she spent hours yesterday morning calling for the feline, while Kitty curled closely around her legs.

David Meowy returned to the property in the afternoon for a much needed cuddle and pat.