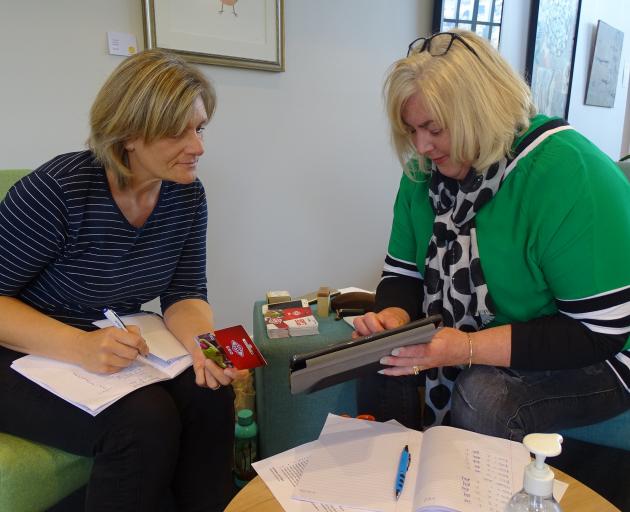 Wanaka volunteers Julia Larkin (left) and Rachelle Blatch at the Wanaka Community Hub distribute supermarket vouchers. PHOTO: KERRIE WATERWORTH
As unemployment figures rise throughout Queenstown Lakes and more people put up their hand for welfare support, a group of volunteers are there to lend a helping hand. Kerrie Waterworth and Louise Scott report.

The numbers are stark.

It is predicted roughly 10,000 people have been made redundant across Queenstown Lakes.

And no-one is off the hook — from chief executives and senior management team members to those on the minimum wage — many are facing a new reality.

The Queenstown Lakes District Council has received more than 16,000 requests for support and has handed out nearly 5000 food vouchers.

An individual can claim from $100 as needed — excluding cigarettes and alcohol.

Parmuir Kumar, who has lived in New Zealand for six years, collected a voucher from Pak’nSave Queenstown yesterday.

He was made redundant during the Level 4 lockdown, from a car rental company where he was a car groomer.

"Things are so bad." 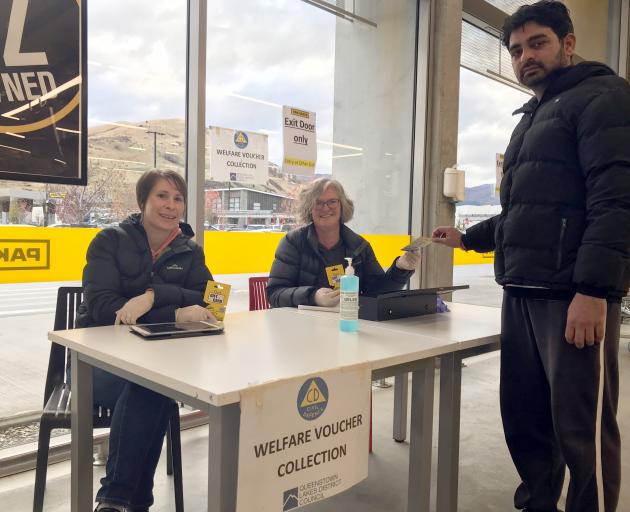 It was the first time he had made the claim — relying on his savings for the past few weeks.

Mr Kumar, who is originally from India, does not want to return home but is concerned Immigration New Zealand will not renew his visa if he cannot find another job.

During a ten minute interval in the supermarket yesterday — he was one of about ten lined up. A couple of others declined to comment.

Aviva Wood and Amanda Petershave been volunteering with the welfare support team for a few weeks.

Ms Wood, who is originally from South Africa, has lived in the resort for 14 years.

She said despite hearing some sad tales she tried to keep those picking up vouchers in good spirits.

Over the hill in Wanaka, Paul Roy has been making documentary films for more than 40 years, but for the past few weeks he has been hearing heart-wrenching stories up to 15 times a day. 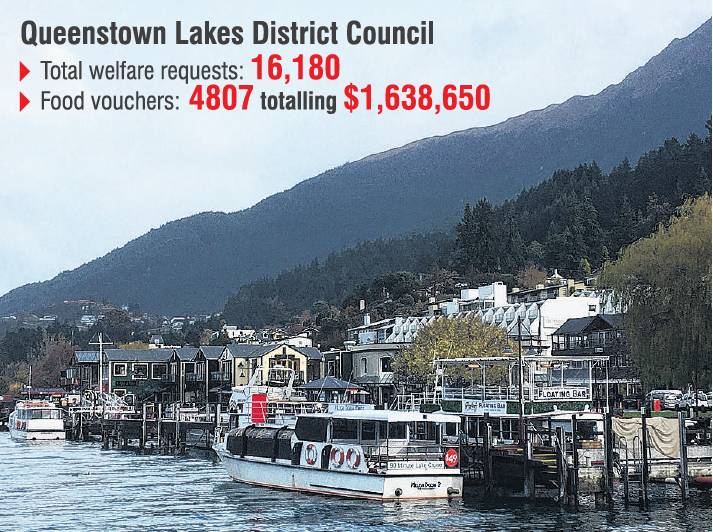 He is one of a team of volunteers recruited by Volunteering Central and trained by the Queenstown Lakes District Council emergency management team to deal with requests for help, many from migrants who do not qualify for Government assistance.

Mr Roy volunteered because he had time on his hands: "I could see there was a tremendous need out there and it was only going to get worse, which it has done."

He dealt with requests for food vouchers, mostly from migrants living in Queenstown.

During lockdown he had been calling up to 13 people a day.

He was dealing with an average of seven requests daily, but he said people’s situations were now more complicated.

"Because the crisis has gone on for so long, people are getting into more dire straits than they were before, and they are being made redundant rather than furloughed."

He said he had been helping Filipinos in particular, who had been "dumped" from their jobs.

"The family I spoke to this morning, the woman was pregnant and had been fired from her job, the dad has been off work, they have a mortgage, massive outgoings and bills and everything else, so it was really difficult for them."

The same morning he talked to a woman from Korea who was so upset he referred her to counselling.

Mr Roy said he had been a "bit sceptical" when he first volunteered about how the processes would work, but the systems set up by Volunteering Central and the council, in conjunction with Civil Defence, were very good.

"They update stuff every day, about what help is available, and for whom. It is constantly changing and they check up on volunteers, too."

said other regions were possibly starting to move into a recovery phase, but the response in the Queenstown Lakes district remained "very busy".

"People are still losing their jobs, the number of requests for help is still high.

"We are in the for long haul here, I think."

To date, 40 volunteers had been trained, fully inducted and given the guidelines to work on the needs assessment team.

That is in addition to council staff, Red Cross and other agencies.

Ms White said one of big "positives" to come out of the Covid-19 lockdown crisis was the really strong sense of community support for each other.

"We have had 600 people register to be volunteers, many of whom are doing jobs they had not previously considered, such as delivering meals on wheels, because the regular volunteers are over 70 years of age and cannot do it."

Wanaka volunteers Julia Larkin and Rachelle Blatch handed out 18 supermarket vouchers in one day at the Wanaka Community Hub this week and said all of those receiving them were aged between 20 and 25.

"You get some people who say thank you over and over again and that it is a massive help.

"I have to record their birthdates and I always think ‘you are my kids’ ages’ ... you really do feel for them," Ms Larkin said.

Another organisation giving a helping hand is the Happiness House charity.

Manager Robyn Francis was on site yesterday as they set up a foodbank offering fresh fruit, vegetables and other groceries to those in need.

"We have enough food for 40 families and individuals."

"Very few that have come today, had accessed food from QLDC, or Salvation Army this week. They had in the past but because they were on the wage subsidy they were trying to stretch their budget so that families on no income could get the vouchers," Ms Francis said. 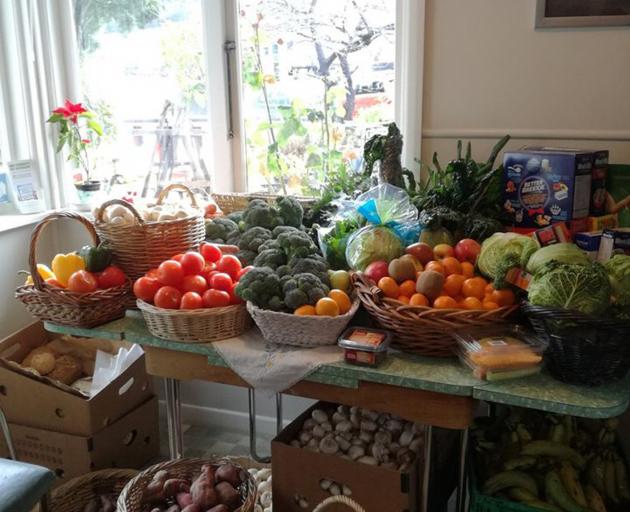 Fruit and vegetables were given away yesterday on "produce day" at Happiness House Queenstown Community Support Centre. PHOTO: SUPPLIED

She knew families trying to survive on the wage subsidy or limited hours of work.

"Up until now, Happiness House has been encouraging clients in hardship, to either apply to the council for food vouchers or, if they are Kiwis, contact Winz.

"Because of the subsidy, many Kiwis were being turned away by Winz.

"However most of their wage subsidy was being used to pay their rent or mortgage."

Queenstown Lakes District Council spokesman Jack Barlow said although the emergency operations centre was mostly closing down and people were returning to normal roles, there would still be a need for welfare support for many in the district, alongside a need for agencies to come together to assist with providing services such as job seeker support.

"The ongoing welfare support operation will be at a much smaller scale but is expected to be needed for some months to come," Mr Barlow said.