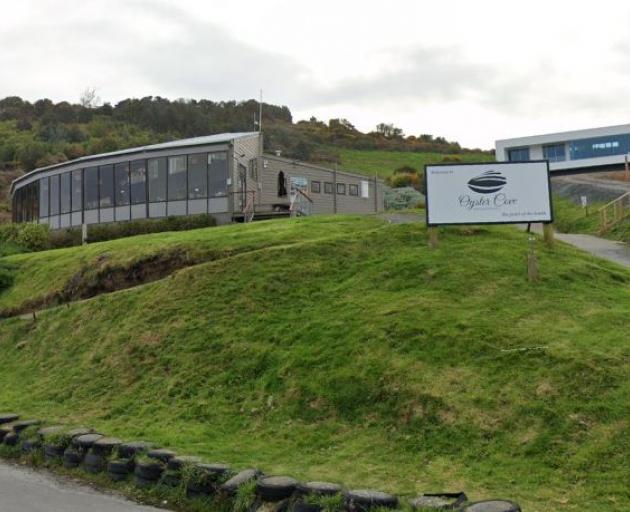 The Bluff wedding linked to eight cases was understood to have been held at Oyster Cove. Photo: Google
More than 70 staff of Queenstown’s Lakes District Hospital have now been tested for Covid-19, after a second nurse at the hospital was diagnosed with the pandemic disease.

The nurse was one of 15 new Covid-19 confirmed or probable cases in the Southern region yesterday.

The area now has more Covid-19 cases than anywhere in New Zealand.

Adding to those numbers was confirmation of a new cluster of eight cases linked to a wedding reception in Bluff.

The South’s other significant cluster, the World Hereford Conference held in Queenstown, has been linked to 24 cases, including five new cases yesterday.

Of a national total of 647 cases, 98 are in the Southern District Health Board region, one more than in Auckland and 12 more than Waitemata.

The SDHB said yesterday a nurse working at Lakes had tested positive in what was believed to be a case of community transmission.

As a result, all 74 staff who had worked at Lakes Hospital in the past two weeks had now been tested for Covid-19, an SDHB spokeswoman said.

Only the emergency department remains open in the main building and maternity is functioning from another building.

"Patients requiring hospital admission will be transferred to another facility in the district.

"Yesterday, the only two patients in Lakes Hospital were discharged home following the decision to undertake extensive cleaning of the hospital."

"From everything that we have heard, we have every confidence that this is being managed adequately."

Adding to Queenstown’s Covid-19 total was confirmation yesterday a cleaner for Orbus Queenstown had contracted Covid-19.

The Otago Regional Council, which runs the bus service, said all other staff who had been in close contact with the cleaner had been tested over the weekend and proved negative.

The Bluff wedding reception, now deemed a Covid-19 cluster by the Ministry of Health, is understood to have been held at Oyster Cove.

Bluff Community Board chairman Ray Fife believed guests at the function were not locals.

"Most of the staff that worked at that function were local people. Most were young people."

On its website Oyster Cove says it has "stunning panoramic views over the Southern Ocean" which are "bound to make your function a special occasion".

Nationally, the Government yesterday extended the country-wide state of emergency for another week.

Initially declared on March 25 for seven days to allow Civil Defence and health staff certain powers, it can be renewed every seven days until the emergency is declared over.

The Government also announced seven million more facemasks would be distributed to frontline health workers, including pharmacists and aged-care workers.

Invercargill support worker Pam King was delighted she and her clients would be better protected.

"I regularly see 20 or more clients a day and, like me, they want to know we are protected as much as possible from spreading this awful virus.”

Covid-19 testing capacity was now about 3500 tests a day, and that would be increased during the course of this week.

Director-general of health Ashley Bloomfield said yesterday the technical advisory group on Covid-19 had agreed to widen the case definition of the disease, a step which would allow more people with respiratory issues to be tested.