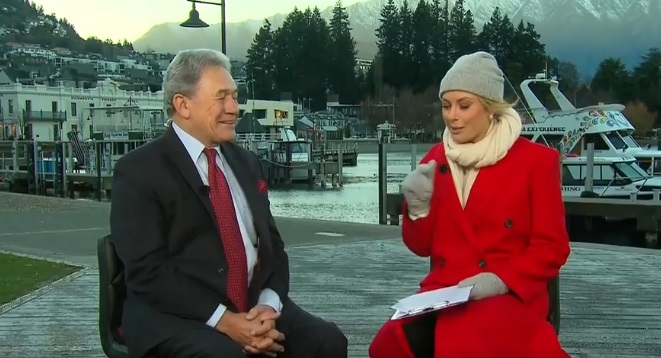 And the 76-year-old doyen of Kiwi politics has used it to slam the government's Covid-19 vaccine rollout, deriding as "too late" and leaving NZ open to potential tragedy.

The proud populist has kept a low profile since October's poll humbling, declining all interview requests.

On Friday morning, he shocked political observers by giving an interview with Channel Nine's Today show from Earnslaw Park on the Queenstown waterfront.

Mr Peters, who made Ms Ardern prime minister by forming a coalition with Labour in the last parliament, attacked the current government's vaccination programme.

"We're halfway through the vaccine year and we've done about a tenth of the job. That's the problem," he said.

"It's months too late. A lot of the strands right now are real dangerous. If (an outbreak) would happen we could see a tragedy again."

NZ is ranked 120th in the world for vaccine doses administered per capita - last in the developed world.

It is likely to hit one million doses next week.

NZ has five million people, including about four million adults, each of whom need two doses of the Pfizer vaccine.

The government's vaccination plan includes a major spike from July.

"We've got to get our rollout going much faster," Mr Peters said.

NZ First is holding its AGM in Auckland on Sunday, where Mr Peters is expected to speak and potentially rejoin the political fray. 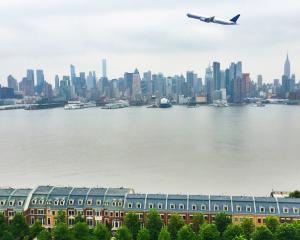 This Government couldn't deliver a pizza let alone anything useful like a vaccine programme, Auckland light rail or Kiwibuild. All stardust and no substance.

Banned foreign buyer, wages up, billions more into health/edu infrastructure with hospitals/schools getting long awaited upgrades, more house than anytime since the 70s (failed kiwibuild was due to lack of private developer buy in but still built more than national), reinstated trades program with around 100,000 participants, Dn hospital funded planned and underway which national promised for 9 years but never even produced a business case, restarted super contributions which cost us up to 50 billion after National stopped them, addressing the housing crises which national campaigned on in 2007/08 then denied and sold 1000s of stock, built and have under contract over 4 years 18000 state houses, lower unemployed despite covid, GDP per capita up (pre covid), and I could go on but lack of characters. Every govt has some failure unless they don't even try like National ,at least this govts failure come from to trying to address issues and at least they fund their policy's, National had a habit of announcing projects but not allocating funding in budgets ie defense upgrade, Dn hospital, Chch anchor projects ie stadium, roads and bridges and so on etc. All announced but unfunded.

Peters is spot on. All we get from the queen of spin is half truths and platitudes, not action. She never mentions we are last of all OECD countries with the vaccine roll outs.

and yet... he was amongst the loudest voices criticsing the govt. for not allowing travel from Aust to NZ within weeks of us coming out of lockdown. He was only deafly silent when Australia's outbreaks occurred. He was also quite happy to flaunt his ability to go fishing during a full lockdown on social media when most people could barely leave the confines of their homes.
Of course the slow and delayed vaccine rollout is dicing with trouble and risks our continued 'safe utopia', our health and our economy, but of course only wining Winny would point out the obvious just to get in front of the camera!
After years of holding so many successive governments to ransom and achieving very very little, the best thing he did and could remain doing... is retire.

...but yes, sadly, here we go again, this Govt is nothing but fanfare and empty promises. Good ideas and a wish for a social utopia has delivered nothing more than a portfolio short of achievements. As for opposition, what opposition? Where is the current government actively and concisely challenged? I had hoped for better... and yes, I did vote her in. That won't happen again.