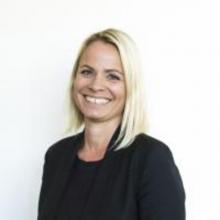 Sarah O’Donnell
Spending in Queenstown over July was a "phenomenal" 80% of the same period last year, Destination Queenstown has revealed.

However, business stuttered in August and September thanks to Covid-19 restrictions in Auckland, the City of Sails accounting for 50% of visitors to Queenstown since the borders closed.

District tourism board Destination Queenstown announced this week during its annual general meeting it was to launch a 10-week summer campaign to kick-start the economy.

Director of marketing and communications Sarah O’Donnell warned that without a sustained attempt to attract visitors, the warmer months could prove leaner, as Aucklanders went to Coromandel baches and other sought-after beaches.

She said domestic tourism had proved it could plug a gap in winter and was positive for the coming months, but admitted Queenstown and Wanaka had so far benefited from being select destinations for skiing.

"Summer is usually our best months, but mainly for international visitors."

Queenstown was traditionally a favourite for New Zealanders at Christmas and New Year; the campaign was aimed at extending that period.

"The challenge will be to carry that into January and February," Ms O’Donnell said.

A new offers page on the Destination Queenstown website had resulted in 600,000 referrals to local operators and venues since lockdown.

It came as credit card expenditure in Queenstown from domestic tourism hit about $90million in July.

Spending had stood at $50million in June and was about $70million in August, according to figures provided at the meeting.

Outgoing interim chief executive Ann Lockhart told members the organisation would be seeking to support businesses to become digitally savvy over the next year, as this would be important to recovery.

Two new members — Carlynn Topp and Trish May — were elected unopposed to the Destination Queenstown board.

Ms Topp stood for election last year but missed out, along with Charlotte Mill, which provoked suggestions of sexism because of a male-dominated board.