Queenstown potters are fired up 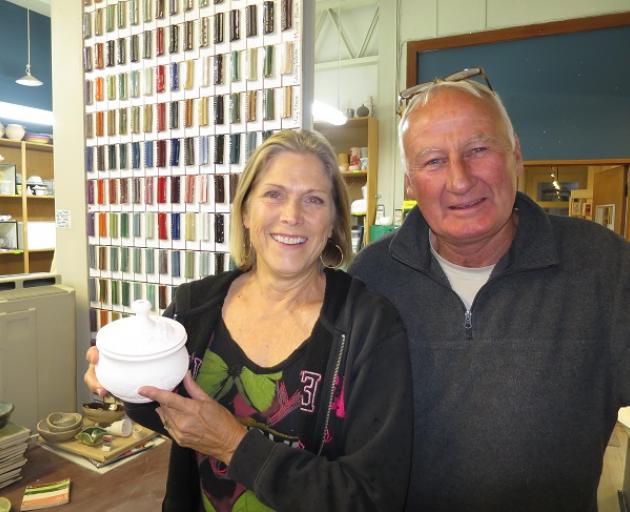 Wakatipu Potters Group has operated since 1982 from a small Queenstown Arts Centre studio off Stanley Street.

Wakatipu Potters Group president Martha Matthews says there is talk the will share one large space with other artists who currently have their own Queenstown Arts Centre studios.

However she explains that wouldn’t work because potters need kilns heated up to almost 1000 degrees, other heavy equipment, ventilation and running water with clay troughs so the plumbing doesn’t get blocked – facilities all found in their present studio.

If they are not given their own space – ideally double the present size – Matthews says things could get difficult as they pay only a small rent to the council, and couldn’t afford the commercial going rate if they moved elsewhere.

If that was the only option, she believes that would totally change their model – they would need to become a business, by selling their work, or rely on large charitable donations.

Matthews explains the group operates as a not-for-profit and about 60 per cent of its 45 members are beginner potters.

Over a year they welcome about 600 people on Wednesday visitor nights.

“We try and contribute where we can so we’re going to be participating again in the LUMA festival.”

“It’s a great stress outlet, too – you can pound that clay like crazy.”

Council comms advisor Lu Morris says the potters were among arts group who took part in its community facilities research last year, which was “just the beginning of this con-versation”.

Morris says council isn’t commenting further on Stanley/Ballarat St development options till the outcome can be reported to both parties.