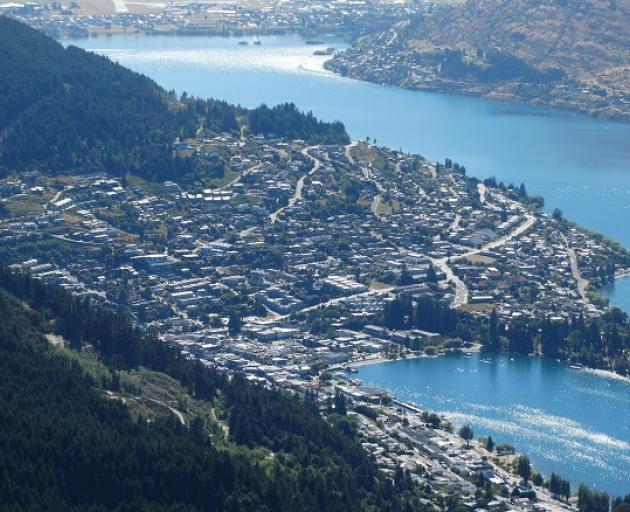 Queenstown. Photo: ODT files
A retirement village boom is set to pour tens of millions of dollars into the Wakatipu and wider Central Otago area.

Two new villages, Remarkables Park and Leaning Rock, north of Alexandra, will create 167 units between them.

The will add to the existing nine retirement villages in the Queenstown/Wanaka/Alexandra area, five of which have another 740 units either planned or in development.

The new and planned units will cater for 1200 residents, and invest a combined $79 million in construction, Retirement Village Association boss John Collyns says.

Research commissioned by the association last year found every 250 units directly supported about 303 staff, and contributed about $21.4 million to the economy.

Collyns says the Queenstown area’s been bypassed by major operators in the past, but that’s starting to change.

"A lot of people from the rest of New Zealand holiday down here and have a fabulous time, and they see it as a great place to retire,” he says.

"There’s a strong market with people from Auckland and other metro areas to come down here.”

There’s also an increasing number of farmers who are getting to the age where they’re selling the family farm, have several million dollars in the bank, and "are looking for somewhere quite classy to retire to”, he says.

While there’s been significant pushback against housing developments in the Wakatipu recently, Collyns tells Mountain Scene retirement villages come with a big benefit.

"We know Queenstown is desperately short of housing of any sort.

"When people move into retirement villages, that releases family homes back into the market.”

"This facility will be able to offer a warm, sunny location with spectacular views of The Remarkables, and minimal need for a car with only a very short walk to the adjacent Remarkables Park Town Centre, medical facilities, the Queenstown trails and a planned jet ferry providing a connection to Queenstown Bay.”

According to an update on its website, as of March, ground works were underway on a new village retail precinct which will include a medical centre, childcare centre, pharmacy and cafe.

Following that, work will start on a new care facility which will include rest home, hospital and dementia beds.