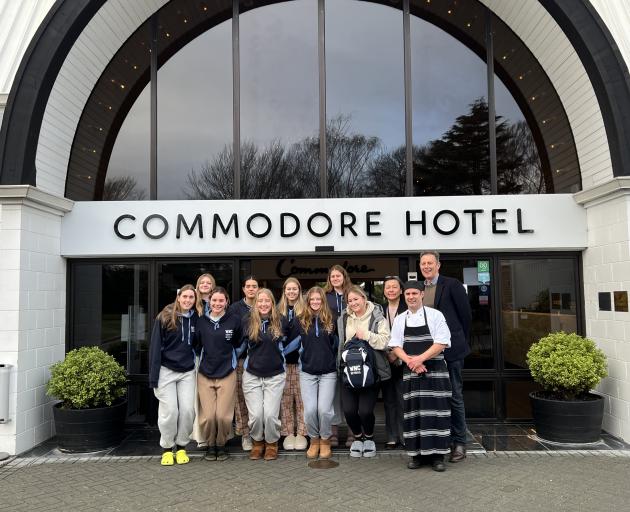 The 14-member Wakatipu under-18 team and its three coaches had been at nationals in Christchurch, and were scheduled to fly back to Queenstown last Thursday night.

However, like hundreds of other travellers over recent weeks, their flight was disrupted.

Faced with potentially spending the night in the airport, the team at the Commodore Hotel came to their rescue.

Queenstown Resort College chief executive Charlie Phillips said his daughter, Abby, called to let him know what had happened, so he contacted Commodore general manager Michael Patterson, whose family has links to Queenstown — Michael and his brothers Ken and Thomas own the 19-room Queenstown Boutique Hotel, which Ken runs.

Serendipitously, the Commodore was coming to the end of a two-month refurbishment, having been used as a managed isolation and quarantine facility until earlier this year.

It will reopen officially on Monday.

Mr Patterson said that when he got the call from Mr Phillips he thought it would be a good trial run for his staff, and allow the team to experience the refreshed hotel and sample the new menu.

"We were only too pleased to do it for them," he said.

Concerned the team might get bumped from their Friday night flight, Mr Patterson put in a call to brother Thomas, who runs a rental car business in Christchurch, and organised vehicles to get them home safely last Friday.

Mr Phillips said the Pattersons and the Commodore staff were "just amazing".

"[Michael] is a handy guy to know — he housed them, fed them and got them home.

"It blew me away how generous he was — he didn’t charge a cent for anything, but I did make sure the girls filled the cars up with petrol."