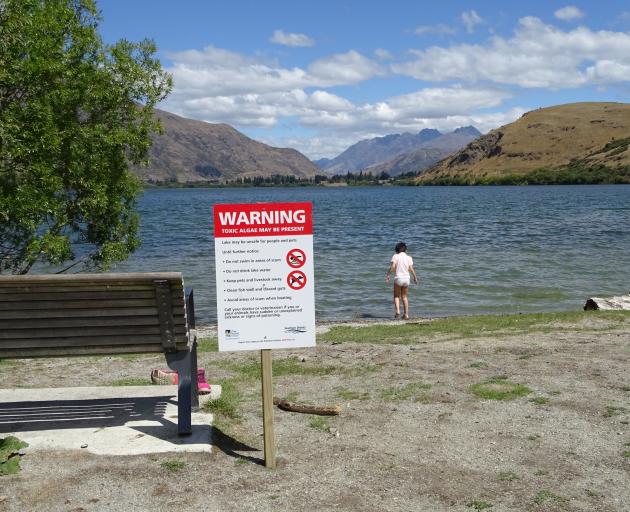 Of the 12 groups and individuals who spoke at the hearing, half of them focused on either the lake's water quality or the need to better monitor all the district's lakes.

The hearing began with an impassioned plea by Wakatipu resident Andrew Davis, who accused the council of ''neglect'' in its statutory duty to protect water quality in Central Otago.

He accused the council of taking a passive approach to the lake and its tributary, Mill Stream. That had allowed the lake's water quality to gradually degrade to the point where residents and visitors could no longer be confident about swimming in it.

Mr Davis said the council had closed the lake for swimming several times in the past year because of high E.coli levels, but had not specified the bacteria.

That had left tourists to assume there was human waste in the lake, which was damaging the district's reputation.

He called on the council to commit to a full restoration programme.

Friends of Lake Hayes secretary Richard Bowman said practical options for improving the lake's water quality had been identified, and it was now up to the council to ''put it into action''.

Support for addressing the lake's issues also came in a wide-ranging submission by the Shaping our Future forum.

Board member Maree Baker-Galloway said the council should continue working on remediation plans for the lake. It should also install monitoring buoys on all of the district's lakes by next year.

In a personal submission to the long-term plan, Mrs Sharpe said she supported an increase in rates if the extra funds were used to rectify the district's water quality issues.

Queenstown Lakes district councillor Alexa Forbes said it was ''tragic'' the lake had reached its present state, and any commercial development in nearby Waterfall Park had to be ''careful and sensitive''.

Water quality, particularly in the Manuherikia River, was also a hot topic at the long-term plan hearing in Alexandra yesterday afternoon.

The river has suffered from bacteria contamination caused by rural run-off in recent years.

Clyde resident Lynne Stewart told councillors her children had been ''violently sick'' after kayaking in the upper section of the river, and called for the council to take action to preserve the waterway for future generations.

An emotional Raymond White, of Alexandra, read a poem entitled Manuherikia and Man to councillors. The poem mentioned that exploitation of the river was complete.

He told councillors they had a ''hell of a task'' ahead of them to save the river.