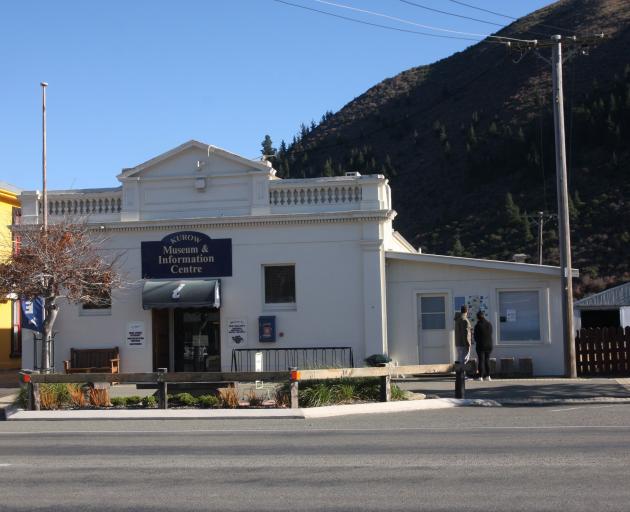 Built in 1880, the historic Bledisloe St structure has been home to the town’s museum since 2002 and information centre since 2009, the latter being opened about a year after the Waitaki Valley Community Society took over the building.

In 2017 Government legislation was passed that determined the requirements for identifying and strengthening non-residential buildings considered earthquake-prone.

Kurow Information Centre co-manager Carron Cossens said a report into the structural integrity of the building was commissioned by the society in 2014 "off our own back", before it was updated in November 2019.

It was found the building was rated at 25% of the new building standard — below the 33% threshold.

Funding options were now being considered by the society for earthquake-strengthening work, which Mrs Cossens said was similar to that carried out on the historic Oamaru courthouse in 2018.

Steel support rods were installed throughout the courthouse building, its roof was replaced and its guttering was re-contoured.

While she declined to reveal the exact cost of the project, required to be completed within 12 years, she said it was a "big figure" and significant funds would have to be found.

"We are focusing on our funding options and coming up with a strategic plan because of the large amount of funding required.

"The Waitaki District Council held a focus meeting last year to inform people about opportunities around saving our building, but any money available is essentially only for businesses or private persons, not for an organisation that holds a charitable status."

The society was determined to see the project through, she said.

"The reason we are wanting to do it is obviously because the society wants a safe working environment for staff and visitors, but the main reason is because this building has a long and colourful history."

In the past the building has been used as a community hall, Kurow’s first bank, a livery stable and a movie theatre among others.