The veterinarian who initially signalled the possibility of an outbreak of a bacterial disease not previously found in New Zealand says it has been an ''enormously stressful and harrowing experience'' for the farmers involved. 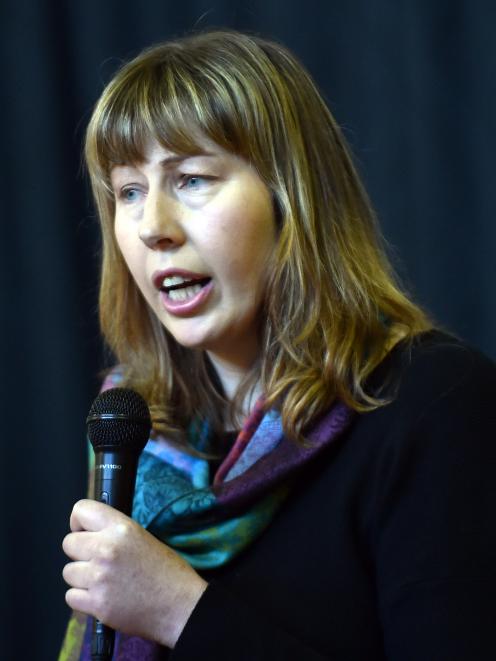 Over the past few weeks, her priority focus - as the group's key veterinarian - had been her client and their cows and she had ''nothing but admiration'' for the way the group had conducted itself during the crisis, she said.

The care and concern shown to animals in their charge had been humbling and the group deserved empathy and respect. She hoped the community would support them as the crisis continued.

Ms Hay, who has been practising veterinary science for 14 years, predominantly in dairy practice, moved to Oamaru in February last year and, working for Vetlife Oamaru, took over three months later as key veterinarian for Van Leeuwen Dairy Group.

Cameras in barns and interviews with staff, combined with some unusual udders at calving time and a spike in the bulk tank somatic cell counts meant it was unlikely trauma was causing the lame cows and it was clear ''something else was going on'', she said.

Calves were very small, looked two to three weeks premature, were shaking on their legs, and had an abnormal gait.

Each of those cows also had mastitis in all four quarters, while the lame cows had not improved with rest or treatment.

Ms Hay thought she was dealing with something that she had not experienced before.

When she started to search mastitis and arthritis together - although cows with one did not have the other on the property - Mycoplasma bovis came up.

The disease had not been in New Zealand and she thought such an outbreak was not very likely.

After seeking advice she rang the MPI exotic disease hotline, explaining she believed she had a case of Mycoplasma bovis.

''They said, 'it's unlikely - it's an exotic disease'.'' But the response was immediate to get testing and sampling under way.

It was now week eight and she did not believe it had been ''going on for a long time''.

Looking back on the previous history for the property, there was certainly nothing obvious. The cows were ''beautifully looked after'', well-conditioned Holstein Friesians.

What was being seen on the ground, dealing with the disease, was a non-weight bearing lameness, with a swollen left fetlock, that would not respond to treatment.

Milk was watery with yellow creamy clots in it - ''it looks like melted butter'' and it was hard to strip the quarters out.

So far 90 cows had been sent for slaughter and more were due to be sent tomorrow.

Ministry for Primary Industries regional controller Murray Pridham said one dedicated truck would be used to transport the cattle to the processing plant and the risk was ''negligible'.

One of the rumours circulating was that the disease had come from imported semen.

MPI specialist incursion investigator Tom Rawdon said a very close look was being taken at semen, but he personally believed it was a ''red herring''.

There was no indication on the Tainui farm of the disease being associated with a specific bull. Twelve bulls had been used.

Two semen suppliers were involved and they had been ''extremely helpful''.