A physicist at the forefront of  quantum physics research says his interest in science was sparked in Waimate.

Dr Russell Bisset, a former Waimate High School pupil, University of Otago doctoral graduate and alumnus of the Dodd-Walls Centre for Photonic and Quantum Technologies (DWC), recently had his work on supersolidity published in leading international science journal Nature.
Dr Bisset, who is an assistant professor of physics at the University of Innsbruck in Austria, was one of the contributors to the paper, ‘‘Two-dimensional supersolidity in a dipolar quantum gas’’. 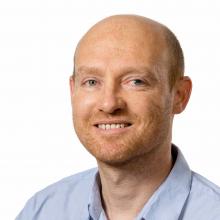 It was the first time his work had been published in Nature.
His role as a theorist was to help guide the experiments, as well as to interpret the results and figure out the underlying physics.
‘‘This paper has generated quite a lot of excitement as we’ve only just scratched the surface in exploring this novel phase of matter,’’ he said.
‘‘For me, one of the most exciting things about fundamental science is that we just don’t know exactly what we’ll find, let alone what it might be useful for several decades down the line.’’
Dr Bisset was born in the North Island, and his family moved to Waimate when he was 13.
He had always been ‘‘pretty passionate about science in general’’, but the support and encouragement he received from Waimate High School led him to pursue a career in physics, he said.
‘‘They got me interested in some science forums, and stuff like that, and got me thinking about that a lot more — and I guess that’s how that started.’’
Since graduating from the University of Otago, he has worked at the Los Alamos National Laboratory in the United States, The BEC Centre at the University of Trento in Italy and The University of Hanover, in Germany, where he held a Marie Sklodowska-Curie fellowship.
‘‘Living on different continents and attending international conferences, this line of work certainly allows you to see the world,’’ he said.
Quantum matter can display the order of a solid and the coherent flow of a superfluid at the same time — a situation known as supersolidity.
The team Dr Bisset was a part of  created this property along two dimensions rather than one, for the first time.
The experiment offered many possibilities for further investigation.
‘‘Sometimes the benefits come many decades down the line — and you can’t really predict it,’’ Dr Bisset said.
‘‘I think a good example is; when people were discovering quantum mechanics in the first place, they had no idea what it would be useful for — and many decades later it led to the development of the transistor, which is in every single computer and phone we have, and also the laser.’’
Predicted 50 years ago, supersolidity has been investigated extensively in superfluid helium.
However, after decades of theoretical and experimental research, clear proof of supersolidity in this system was still missing.
Two years ago, research groups in Pisa, Stuttgart and Innsbruck independently succeeded in creating so-called supersolids from magnetic atoms in ultracold quantum gases. Dr Bisset was a contributor of the Pisa collaboration that achieved the feat.
The basis for the growing research field of supersolids is that the individual atoms behave as tiny bar magnets, and interaction characteristics enable the creation of this paradoxical quantum mechanical state of matter in the laboratory.
DWC director Prof David Hutchinson said it was ‘‘exciting’’ to see alumni playing a crucial role in leading global quantum physics research.
‘‘It’s wonderful to have alumni of the calibre of Russell representing New Zealand, quantum physics and the Dodd-Walls Centre around the world.’’
At the University of Innsbruck he was splitting his time between research and teaching, and that was his plan for the foreseeable future.