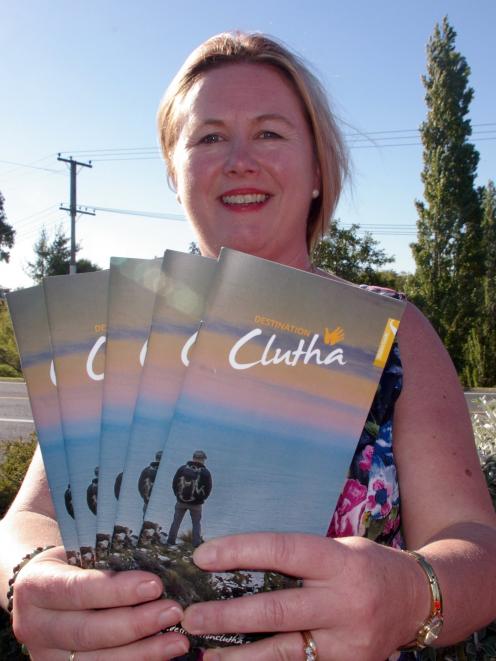 Clutha is set to have a much bigger profile in New Zealand after its first official visitor guides are distributed across the country from this week, destination marketing manager for Clutha Development Joanna Lowrey says. PHOTO: HAMISH MACLEAN
What do Gallipoli, Glasgow, Amsterdam and Balclutha have in common?They all made the top 10 ''Where is ... ?'' Google searches by New Zealanders in 2014, Google Australia and New Zealand head of communications Annie Baxter says.

Balclutha joined Kawau Island in the Hauraki Gulf as the only two New Zealand entries on the list of geographical searches from the start of January to December.

The spokeswoman said she did not have the exact figures for Balclutha, which was ranked ninth this year.

''The best we can say that is that for any small town to make the top 10 list, there must have been interest from a large number of Kiwis,'' she said.

''I'd say Balclutha is one of those towns that many New Zealanders hear about but they haven't visited.''

The fact that many New Zealanders do not know where Balclutha is could change soon with the launch of the district's official visitor guide in Balclutha this week.

Balclutha-based destination marketing manager for Clutha Development Joanna Lowrey said distribution of 40,000 guides would start next week to 137 information centres - including the 81 official i-Sites - from the Far North to Southland.

The $46,000 investment by the new regional tourism organisation was likely to

produce immediate returns for Clutha's tourism operators, Mrs Lowrey predicted. She said the recognition of Clutha as a regional tourism organisation late last year might have contributed to Balclutha's inclusion on the list.

''I go to a trade show in Auckland and meet 200 or so people in a six-hour timeframe and I rant on about Balclutha and they think `Balclutha? Where the hell is that'? And they head back to the office and search it,'' she guessed.

Clutha Mayor Bryan Cadogan said he believed the top 10 listing showed New Zealanders were starting to think about coming to the Clutha town.

''Clutha's hitting the highlights,'' he said. The most searched term overall this year was the Fifa World Cup, followed by actor Robin Williams.

Malaysia Airlines, iPhone 6 and actor Jennifer Lawrence also made it on to the list.

Lorde topped the list of most searched Kiwis, and though Mona Dotcom made an appearance at No 9, her headline-making ex-husband Kim Dotcom did not feature. - Additional reporting The New Zealand Herald