Birthday twist: It's fine to be 9 when the dates align 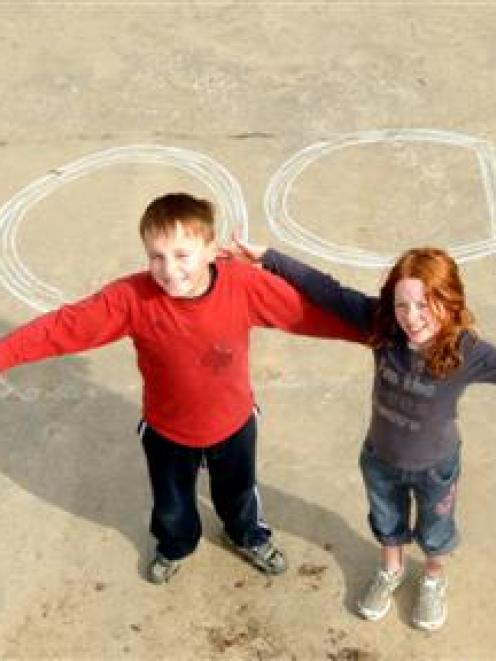 Numerologists around the world have been eagerly anticipating the rare date of 09-09-09, and statisticians would be on cloud nine if they were in South Otago today.

At the small South Otago settlement of Romahapa, Courtney Fletcher and A. J. Visagie today make their own piece of history. Put simply, they both turn 9 on 09-09-09.

In doing so, they join a rare and exclusive club.

Not that they were too excited about the feat.

Both were simply looking forward to getting presents and having their respective birthday parties.

Nevertheless, their ninth birthdays will go down in history. It is rare for anyone to join the special dates club - but two people from the one small school?

Both youngsters were born in the same ward at Dunedin Hospital and their families are good friends.

They have known each other all their lives.

Two years ago, two Clutha women, Joan McCall, of Tapanui, and Hilda Dovey, of Balclutha, made history when they turned 77 on the seventh day of the seventh month in the year 2007.

1. Nine things about the number nine:On cloud nine means happy, euphoric or "high". The phrase came into use in the 1950s from a term used by the US Weather Bureau.

4. In astrology, the ninth sign of the Zodiac is Sagittarius, identified by the Greeks as a centaur. Centaurs are magical creatures known for their skills as archers, philosophers, and predictors of the future.

9. Today's date falls on a Wednesday and September. Both those words contain nine letters.