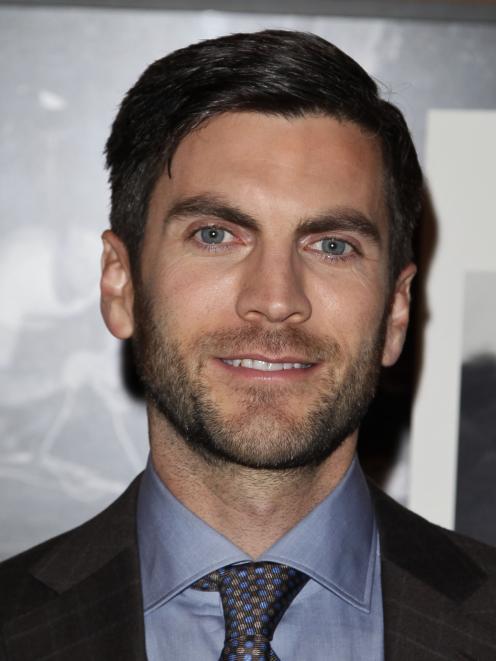 American actor Wes Bentley. Photo by Getty Images.
Even Hollywood stars have time for a bite to eat and a bit of a chat in Tapanui, it seems.

A Tapanui cafe co-owner has been ''rushed off her feet'' catering for actors and crew from the Pete's Dragon film, which is partly set in Tapanui.

Farryn Crawford, who co-owns the Top Nosh Cafe on Northumberland St, said some of the crew and ''a few actors'' had been coming into the cafe ''every other day''.

American actor Wes Bentley, who has played roles in American Beauty and The Hunger Games, had been into the cafe with his family, and staff had whipped up his son some ''special waffles''.

The cafe will be used as the ''yellow diner'' in a scene for the film and some alterations have been made to the front of it.

Ms Crawford said the alterations were minor because the cafe was already painted yellow.

During the shooting of street scenes for the film, due to start on Friday, the cafe will be closed for six business days.

It is otherwise running on a ''different schedule to usual'' to fit around production for the film and providing dinner for the film's crew.

''It's pretty awesome to bea part of it. It's really excit-ing.

''My business partner and I have been rushed off our feet. It's really busy, but it's great for the cafe.''

She had not recognised many of the actors and Robert Redford was yet to make an appearance.

''Most of the actors are catered for on set, so they don't come in so often, but we get a lot of the crew in.''

No ''extravagant'' requests had yet been made of staff.

She said the crew and actors had been ''very nice'' people who asked lots of questions about the town.