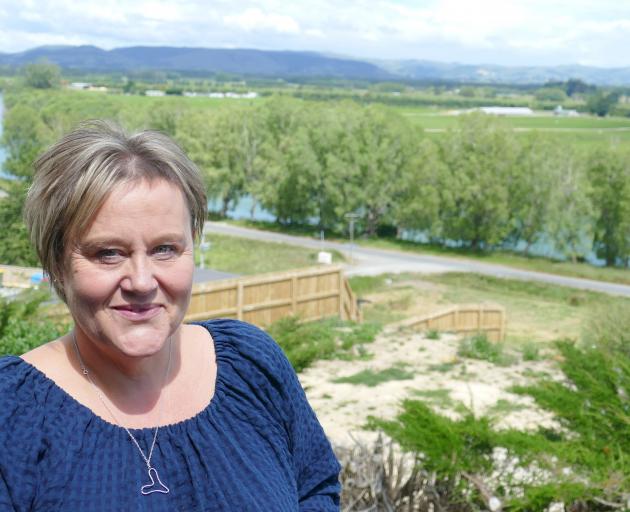 Following a year in which she discovered she had brain cancer, suffered two family tragedies, and lost all three of her beloved pets, it is all the more remarkable the council road safety officer manages to keep smiling.

But the 49-year-old mother and grandmother said the experiences of the past year had only reinforced her determination to enjoy the good things that life had to offer.

Mrs Harrison — never far from laughing or making light of her situation — said the culmination of her "year from hell" was waking up to find three "strapping" fire officers in her bedroom in the small hours of September 16.

"I later learnt I’d had a seizure in bed, which had left me confused. I got up afterwards, staggered around a bit, then went back to sleep. Meanwhile, my husband [Keith] had called 111, and the local brigade turned up as first responders.

"To say I was surprised would be an understatement."

After being persuaded something was amiss, Mrs Harrison agreed to be airlifted to Dunedin Hospital by helicopter.

"That was more terrifying than the situation, to be honest. I hate helicopters."

On arriving at hospital, she said she received the best of care, something she believed had led to her successful recovery and positive outlook for the future.

"They quickly diagnosed the tumour and, a week later, it had been removed by [Dunedin neurosurgeon] Mr Taha. Five days after that, I was able to go home." 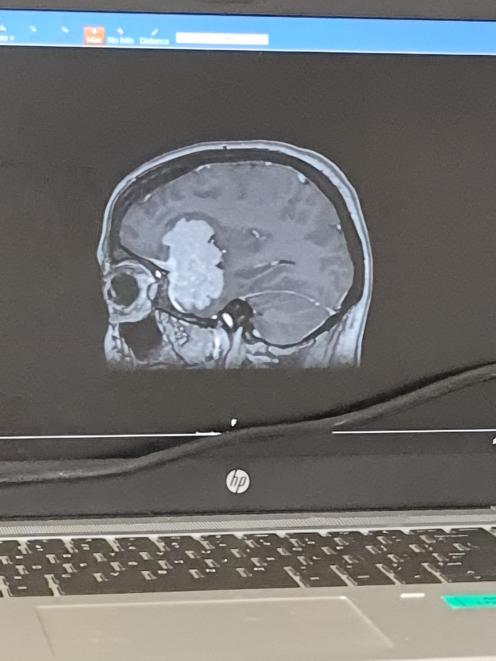 An MRI scan showing brain cancer survivor Rachel Harrison’s pool ball-sized tumour before it was removed in September. PHOTO: RACHEL HARRISON/SUPPLIED
She had since returned to work part-time and, apart from some lingering side effects such as fatigue, was on the road to recovery.

Reflecting on the past year, during which she lost a nephew, a family member suffered a further personal tragedy, and three beloved pets died at different times, all from old age, the former Allied Press saleswoman said there had been signs all was not well.

However, she had put symptoms including depression, inability to concentrate and struggling with words down to perimenopause.

"I think perhaps the lesson for us all is, if you’re not feeling right, don’t be afraid to get checked up. Something like this is a massive shock, but if you don’t know, you can’t start to put things right."

Due to the seizure, Mrs Harrison remained on medication, and could not drive for a year, until formally declared seizure-free.

But Keith, her husband of more than 30 years, continued to be a staunch supporter.

"Darling hubby is driver now. He’s been amazing, as have all my family and friends."

She said the experiences of the past year had left her determined to enjoy life to the full.

"You definitely cherish what you’ve got, and especially the people and community around you.

"You’ve always got to look on the bright side."