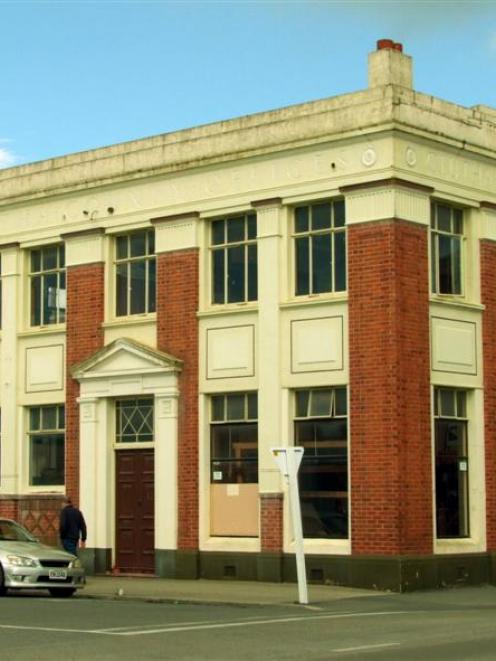 The 75-year-old landmark, which has no formal historic classification or protection, may be demolished as soon as this weekend.

A building directly behind it, known as Berriedale House, will also be pulled down, details obtained from the Clutha District Council show.

Berriedale House was occupied for many years by a local taxation service business which moved out nearly two years ago. The former council building has been unoccupied for several years.

Both are owned by Balclutha businessman Blair Cross, who is also the managing director of Kai Point Coal and other local companies.

He is overseas and could not be contacted. It is unclear what plans he has for the central site.

Some Balclutha people spoken to yesterday regard the building as an eyesore and said they were pleased to hear it would soon be removed, though they were curious about what might take its place.

The building was designed by Dunedin architects Mandeno and Fraser.

In the book Stepping Out, which provides a history of the former county council, details of the building are revealed.

It says the entrance doors were of Philippine mahogany with embossed plate glass panels.

Walls were panelled in figured rimu and the ceiling covered with fibrous plaster.

The building included the main chamber plus offices, a committee room and a stairway leading to the upper floor.

The book says the rooms were also used as offices by the South Otago Hospital Board.

At the celebration dinner, one of the architects, Mr H. Mandeno, was reported as saying there were no frills about the building but the material was good and he hoped it would serve the council for many years to come.