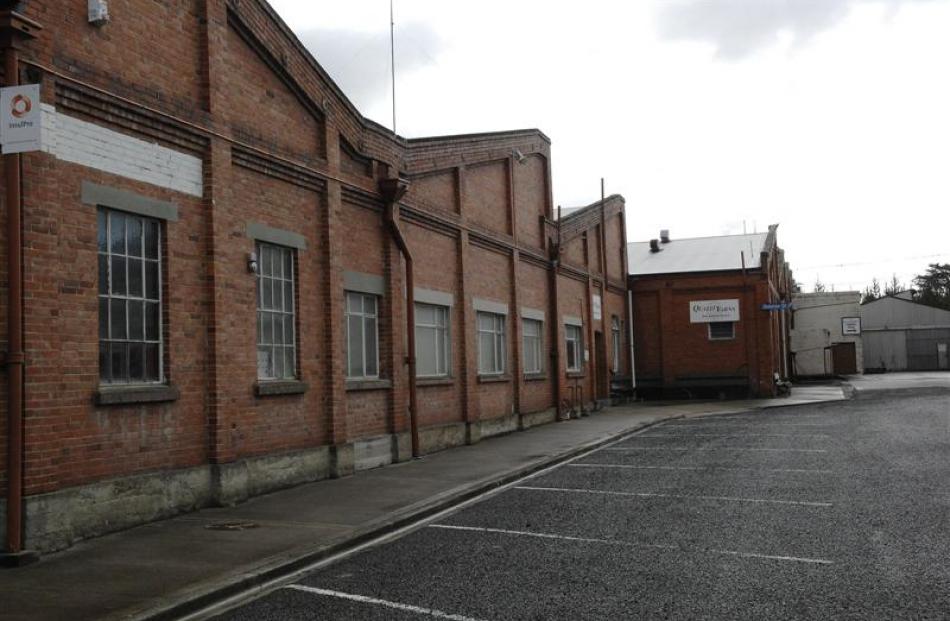 Nineteen jobs are under threat after the embattled Bruce Woollen Mill at Milton was placed in receivership.

Insolvency Management Ltd principal Iain Nellies, of Dunedin, said yesterday he could not comment on the debt the company owed to one of its funders, but said workers had been issued with redundancy notices and had been given casual contracts for at least two weeks.

Mr Nellies was appointed by a secured creditor and visited staff on Monday.

He said it was too early to tell what lay in store for the business.

''Certainly, if we can be positive that we can get a buyer then that business and part of the industry can continue and if that's the case, hopefully all the employees are on board.''

He said it was ''business as normal'' as information was gathered in the receivership process.

''All of the employees have been re-employed on a casual basis on similar terms and conditions as were already there,'' Mr Nellies said.

He said the mill would operate for at least two weeks.

''There's work there for them ... and if there's any work that comes in in the meantime, as long as it's profitable, we'll continue to do it.''

One staff member, who did not want to be named, was visibly distressed outside the building yesterday evening after completing his first full day on the casual contract.

He said the mood inside the mill was sombre and he had not slept the night before.

The employees had been prepared for the company going into receivership for about a year, he said.

A lack of funding for heating had created cold working conditions during winter.

Clutha Mayor Bryan Cadogan, along with Balclutha and Mosgiel representatives from the Ministry of Social Development, visited staff yesterday.

''Obviously, it was a stressful situation,'' Mr Cadogan said.

But he said the dedication the mill's staff had shown to the business as it had struggled would make them valuable to other employers in the district and there were hundreds of job vacancies in Clutha.

In March 2014, when Southern Cross Forest Products was placed in receivership, the mayor along with the Ministry of Social Development dealt with the mass layoffs in the district through job fairs with prospective employers.

At the time, 149 redundant workers were out of work, he said.

He said he hoped for a similar outcome for Bruce Woollen Mill's redundant staff.

Finegand's Silver Fern Farms plant had invited affected staff to a meeting at the Balclutha freezing works on Saturday morning, he said.

Every major employer that had been contacted had been helpful, he said.

Mr Nellies said yesterday he could not say when the mill's future would become clear.

''But what we're looking to do is to preserve the position as it is until such time as we get a full fix on it and hopefully we can organise a sale of the business going forward so it continues, or if that can't be achieved then it would be a sale of the assets.''

Mr Cadogan said for the town of Milton to lose one of its founding industries would be ''very sad''.

''It would be a sad day for the district.

''It's such an iconic business, but the reality is the first priority for us is to ensure the welfare of the redundant workers.''

It was bought by QualitYarns NZ Ltd in 2000, but QualitYarns issued redundancy notices to its 28 staff in 2011.

However, it did not close its doors after Christchurch-based Wool Equities Ltd, as part of a consortium of New Zealand businesses, bought the plant from QualitYarns Ltd.

Mr Nellies did not rule out a positive outcome for Bruce Woollen Mill yesterday.