Parts of Balclutha sit under water after heavy rain at the start of February. The cost to repair floodbanks around the region damaged by the season remain unknown. PHOTO: HAMISH MACLEAN
It could take two months before the "significant" price tag attached to repairs from this summer’s flooding is known.

Otago Regional Council operations general manager Gavin Palmer advised the council’s infrastructure committee damage from November and February floods was not insured by the council, but the costs associated with the flood damage repairs would be high.

"The floodbanks require repair in order to continue providing the flood protection scheme’s level of service. In some cases, natural riverbanks require repair to prevent further damage and loss of property or putting other infrastructure such as roads at risk," he said in an email last week.

Flood protection banks and natural riverbanks, scoured or eroded in various places by high flows, were not insured, he said.

The cost of insuring all floodbanks was prohibitive and natural riverbanks were typically not insured against erosion from flood events.

In February, as flooding hit the lower South Island, the potential threat posed by Ouvea premix, widespread state highway closures and evacuations in Mataura, Wyndham and large parts of Gore grabbed headlines, but low-lying Balclutha residents were also warned to be ready to evacuate over concerns a breach in a flood bank could flood much of the town and flood damage extended through large swathes of the Otago region.

"Notwithstanding the possibility of some partial cost recovery from Nema [the National Emergency Management Agency], I just want to flag that there will be a financial impact on the Lower Clutha scheme," Dr Palmer told the committee.

His March 11 report did not include financial information because it was "too early to prepare reliable costs".

‘‘But we know they will be high and significant,’’ Dr Palmer said.

"And so we’re going to have to come back and think about how we prioritise the work, and what that means for the current financial year, as well as annual plan 2020-21 and the long-term plan. It is a significant cost — just be aware of that." 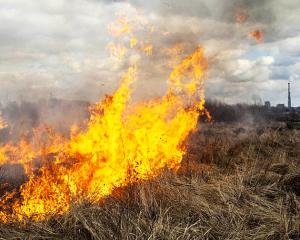