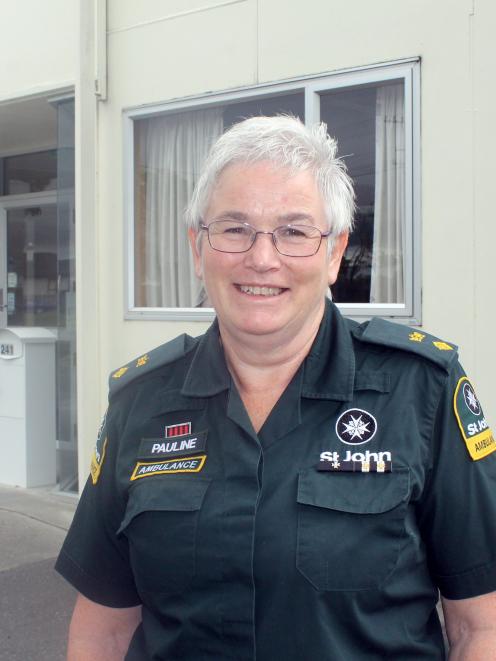 Pauline Buchanan. PHOTO: SUPPLIED
Milton St John supporters have reacted with shock and disbelief to a decision to cull the town’s paid paramedic.

Milton residents launched a campaign to save the town’s sole paid paramedic when they learnt last month of St John’s plans to introduce "double-crewing".

The programme aims to double-crew all ambulances nationally by 2021, but in South Otago that will mean Milton’s paramedic redeploying to Balclutha.

Instrumental in the campaign against the change — which culminated in a 3500-signature petition — was Crichton farmer and former Otago Regional Council chairman Stephen Woodhead, who yesterday described the outcome as "staggering".

"We’re very disappointed. It’s hard to understand how a proposal for a double-crewing service improvement can end up with the whole of South Otago downgraded to a sole paid-paramedic ambulance, while volunteer first response units may end up crewing their own units single-handed.

He said Clutha’s large area meant once its sole ambulance was on call in future, the nearest paramedic would have to travel either from Gore or Mosgiel, delaying emergency care.

"This decision prevents Milton from providing an appropriate level of service to the local community, or contributing to the wider district as it does at present. It puts people’s lives at risk."

In her statement, Mrs Buchanan said the new Balclutha ambulance would improve clinical outcomes by ensuring an ambulance clinician was present to provide care on the way to hospital.

St John would also employ a paid paramedic to support Milton volunteers for six months, while it built "a robust first response capability".

The first response units would "ensure resilience" for Milton and Balclutha, she said.

"These vehicles, crewed by skilled volunteers and responding ahead of a transporting ambulance, enable early assessment of patients and provide life-saving interventions."

Clutha Mayor Bryan Cadogan understood the Milton community would be disappointed, but believed supporters would continue to look at "other options".

"It’s very early days, but this compromise from St John gives us as supporters a chance to look at what other alternatives may exist for the district."