By Richard Davison
0 Comments
A South Otago dairy industry plant hopes to lead the way in green energy, as it brings a biomass boiler online this week.

The plant processes raw milk from local farms into powder used as the base for production of infant milk formula brands including Aptamil and Karicare.

Boilers played a central role in spray drying — the process of converting milk into a dry powder through the application of heat.

"This [fuel] is relatively moist and irregularly shaped, but the boiler can still operate at about 90% efficiency with that, creating about 136,000 tonnes of steam each year from 35,000 tonnes of fuel."

About 85% of the plant’s energy needs come from steam production.

The new boiler would reduce the plant’s overall carbon emissions by 20,000 tonnes a year (90%-95%) compared with its current LPG usage, Mr Fisher said.

Byproducts would be carbon dioxide — offset by cyclical biomass usage — water and ash. 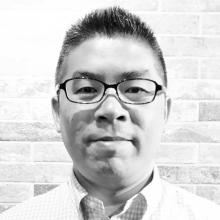 The project was conceived five years ago as part of the company’s plan to attain zero net carbon emissions by 2050.

Clydevale plant director CK Tan said he and his team were excited to be improving the plant’s environmental efficiency.

"Part of our mission as a company is One Planet One Health, which means we want to improve people’s health both through food, and by caring for the planet. This is putting our words into action."

He said despite a significant price tag of $30 million, it could be justified as a "positive" investment for the South Otago economy, for the environment, and for New Zealand industry as a whole.

"We’ve created more than 10 jobs for this project alone, and we’re also looking forward to sharing what we’ve learnt here with other industries so the wider New Zealand community benefits in the long run."

He said other industry leaders would be welcome to visit and learn how Danone was using green energy at Clydevale.

"It’s not just about the commercial aspects. We’ve shown with this investment that Danone is committed to improving the planet’s health now, and in the future."