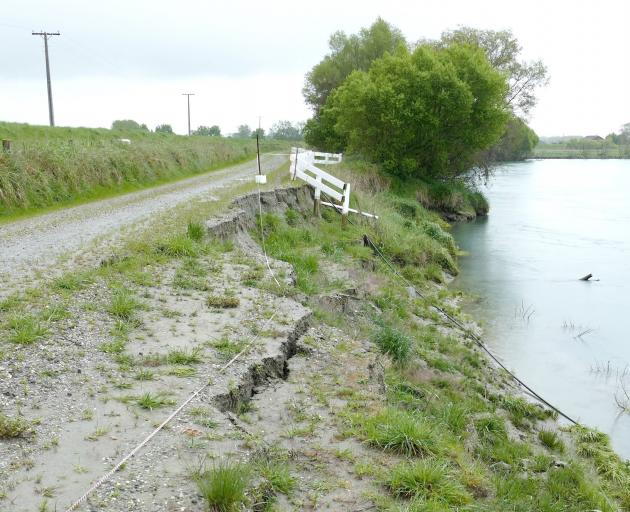 Restoration of both roads is dependent on Otago Regional Council (ORC) works to restore the respective riverbanks, which were partially or wholly washed away during the flooding.

In a report to the meeting, service delivery group manager Jules Witt detailed the costs of various options for the ORC to restore Riverbank Rd.

These ranged from about $10million for a sheet pile retaining wall, to about $200,000 for bank shaping and stabilising plantings.

Mr Witt said pre-existing erosion of the one-way section of road had led to a compromise being reached with neighbouring landowners whereby the road would be permanently closed to any traffic bigger than quad bikes.

This would allow the ORC to implement the lowest-cost repair option.

"A narrow two to three-metre track can be accommodated to allow quad bike and walking access to this area.

"The detour for vehicular traffic is not long."

Full restoration of the road on its original alignment would not be possible due to prohibitive riverbank restoration costs.

However, the road could be reconstructed on adjoining road reserve within existing budgets if agreement with landowners could be reached.

Mr Witt said the Riverbank Rd works were unlikely to be costly. A final cost assessment was yet to be made for Burning Plain Rd.

The council hoped to complete works by June next year.