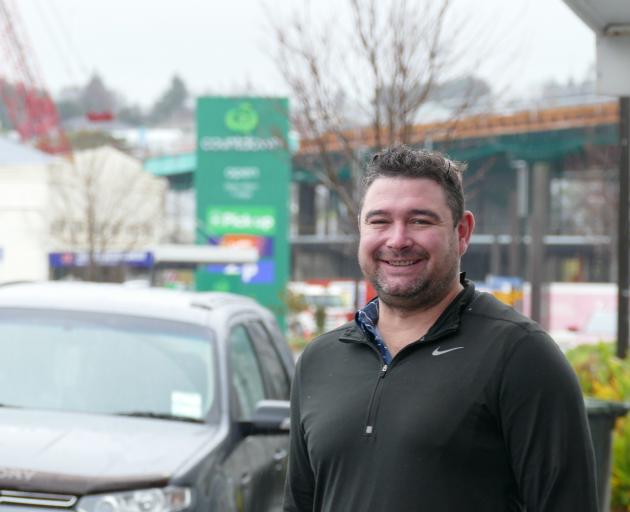 Mr Marshall described his role as "assisting males around family harm", irrespective of whether they were the perpetrator or victim.

Although family violence against males was growing as a recognised issue, it still only formed a small part of his activities, Mr Marshall said.

That meant much of what he was doing was working with male perpetrators of family harm in an effort to explore and change behaviours, in a preventive, whole-of-family approach.

"Our team does a lot of work with the female and the kids, and that’s of key importance as a women’s refuge.

"But if you get a female out of a really bad situation and make no attempt to address the male’s pattern of behaviour, if she wishes to return to that whanau with her kids, all that work can be undone if the male simply returns to offending.

"In a way it’s just common sense, and we’ve already seen how effective it can be with some of our families.

No two days were the same in his role, which covered the whole of Eastern Southland and Clutha, Mr Marshall said.

"A lot of issues come down to communication and, increasingly during the past couple of years with Covid, external pressures like employment and finances that boil over into family conflict.

"Often in family harm it’s a situation where communication gets escalated to a high pitch really quickly, and maybe a change of attitude or perspective can help calm things down.

"Sometimes it can be as simple as talking to both parties and finding some changes that can allow co-existing in the house, or bringing both parties together with the help of our female advocates and airing the issues.

"At all times the safety of the victim is of primary concern."

He estimated he addressed about 15 Eastern Southland and 10 Clutha incidents in an average week.

"It was always going to be a work in progress, getting men to open up and talk about these issues. But the positive we’re seeing is that once they’ve taken that initial step, they feel comfortable contacting me again if something goes wrong for them.

"Sometimes men can slip under the radar a little bit, so when someone messages you back and says, ‘I’ve got it all sorted now — it’s such a relief and I feel so much better about where things are sitting’, that’s a good feeling to know you’ve helped a little."

He said he hoped further funding could be secured to allow the role to continue beyond June next year.